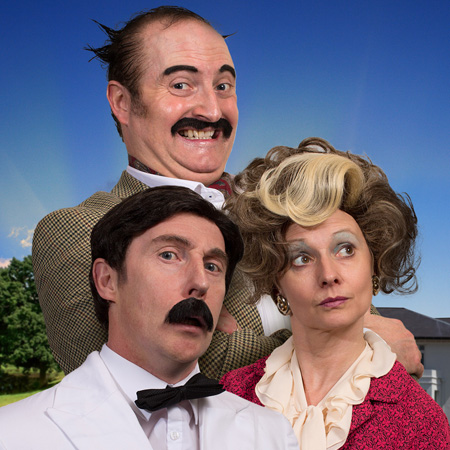 Ranked as the original No.1 British Act – Mirror Newspaper, providing a completely unique dining experience. Experience the show that delivers an unparalleled level of audience participation and interaction.

For over a decade, the only act to be invited to perform at the Hotel Gleneagles, in Torquay.  Recently filmed on location at the Hotel Gleneagles for Tiger Aspect Productions for Channel 4 Television.  Filmed by HTV/ITV Television and recorded by BBC, Irelands NewTalk and American Radio Stations. Toured Internationally since 1997 and debuted a Sell-Out tour of Australia in 2013.  Performed in a restaurant amongst the diners, Fawlty Towers The Dinner Show is a spectacular tribute to the iconic British sitcom.

Experience Fawlty Towers The Dinner Show and prepare yourselves for an evening of slapstick fun and high energy interactive comedy, strictly no riff raff allowed and please do not mention the war!

All the characters are played by a cast of highly acclaimed professional British equity actors.