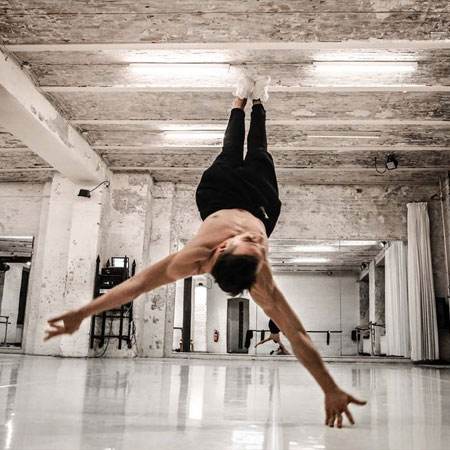 A top world athlete and dancer, he has travelled around the world wowing audiences at events for big clients like Red Bull, Sony and L’Oreal and competing in numerous championships and competitions. Winner of the KOD World Championships, China in 2012; World Power Move Series, France in 2012; and Bboy-Unit, South Korea in 2006 this triple break dance world champion knows what it takes to succeed.

An experience and skilled performer, he has created his own unique style combining break dance and aerial acrobatic rotation movements. His gravity-defying Powermoves make for a high-energy high-octane performance that will have audiences on the edges of their seats cheering for more!