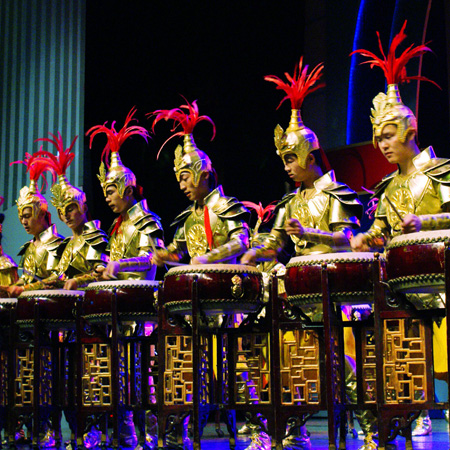 REASONS TO BOOK
Chinese drum show recreates the legacy of the Emperor Qin’s armies
Played by all male drummers dressed in golden armour
Can be performed indoors and outdoors
Perfect as a unique opening act for a corporate event
Based in China & available to perform at events worldwide
Drumming and Percussion, Live Music and DJ, Chinese, World and Cultural Acts, Cultural Shows, Musical Shows, Cabaret and Stage Shows

The Terracotta Army is a collection of terracotta sculptures depicting the armies of Qin Shi Huang, the first Emperor of China. It is a form of funerary art buried with the emperor in 210–209 BC and whose purpose was to protect the emperor in his afterlife.