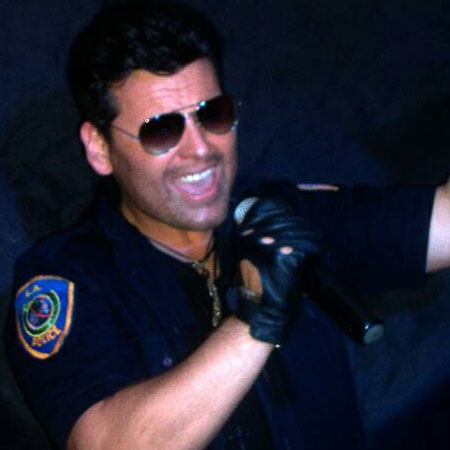 REASONS TO BOOK
Outstanding tribute show to the Superstar George Michael
Both visually & vocally he has a true likeness to the great man himself
Take you on a journey from WHAM! through to his successful solo career
As seen on hit TV show Stars In Their Eyes in 2002
Available to perform throughout the UK
George Michael and Wham, Tribute, Lookalikes and Impersonators

As seen on Stars In Their Eyes (February 2002), this act portrays 'Superstar' George Michael in this outstanding tribute show.

This amazing show is a celebration of 25 years of hit records and will take you on a journey from Georges early years with WHAM! Through to his successful solo career. Performing those everlasting hits such as Club Tropicana, Wake Me Up Before You Go-Go, Im Your Man, Faith, Fast love, Outside (complete in L.A cop uniform as seen on stars in their eyes!) and of course hits Amazing and Flawless from his No.1 album Patience. Not forgetting the romantics, his tribute would not be complete without the timeless ballads Careless Whisper, A Different Corner and Dont Let The Sun Go Down On Me.

Due to his growing reputation in 2004 Wayne was invited to perform on the 'Stars In Their Eyes' live tour which ran for 9 weeks and was a huge success. Such is his versatility he can adapt to any venue, whatever the occasion. Whether your a nightclub requiring old WHAM! tunes to dance the night away or a venue that requires a more mellow relaxed evening.

Both visually and vocally, Wayne is undoubtedly the best George Michael Tribute in the country and Europe today. A true likeness to the great man himself.

This show comes to you fully self-contained or with a full live band and is complemented by a state of the art PA, light show and costume changes.

" Much like George Michael himself, tribute singer Wayne certainly succeeded in building up the level of expectation. It is pretty key that such performers look like the original and Wilks didn’t disappoint. Neither did his vocals and his cover of Careless Whisper was a highlight of the show. He is a confident character, exuding enough charisma to do credible homage to the ex-Wham front man "

" Just a quick line to say how much we enjoyed Wayne at our party on the 30th August. He was just what you said he was very good, professional, friendly and a credit to have on your books. "

" We were thrilled to be the first people to ever bring Wayne to perform live in the United States. The occasion was a surprise birthday party for my wife’s 50th. As a long time George Michael fan, no evening would have been complete without a little George Michael music. Why settle for digital tracks when you can have a live performing tribute entertainer instead? Wayne impressed the crowd, mixed in ages and musical tastes with his singing, dancing and crowd engagement. Every element of his George Michael alter-ego was spot on. He was so good that one late arriver to the party began video taping him because she thought he “was” George Michael! Our local production company (Rob Woolson Productions) provided a sound and lighting system that made you feel like you were at a George Michael concert, including back-projected images of Wayne live as he perfomed. My wife felt like she really had George Michael perfoming for her birthday. The guests raved about his performance, even people who weren’t George Michael “fans” per se enjoyed the energy, the quality and the song choices – popular songs that everyone knew. Wayne stayed with us after his performacne to take pictures with party goers and to share stories and have fun. He even did a little dancing. My wife told Wayne he had everything that George Michael had and one thing George doesn’t have – youth! A memorable evening for everyone who attended. Thanks to Wayne for making my wife’s 50th birthday a night to remember for the next 50 years! "