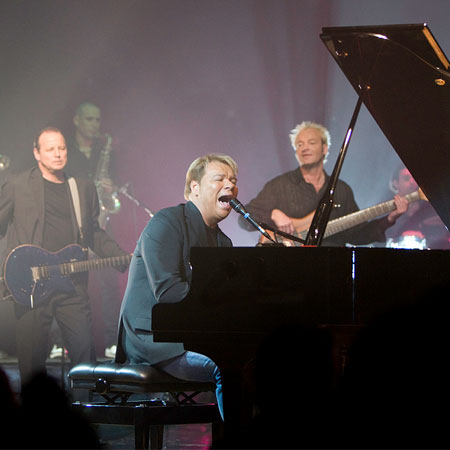 REASONS TO BOOK
Fantastic singer and piano showman- available solo or with a live band
Performed on Spanish TV and supported Ricky Martin
Set list including Elton John, Simply Red and Stevie Wonder
Song library of over 1,000 songs from the 50s to current day
Based in Marbella, Spain and available to perform worldwide
Live Music and DJ, Covers Singers and Duos, Pianists

This fantastic singer/ pianist is available for Weddings, Corporate Events and Parties across Spain and Europe.  Available to perform as a solo act or with his full live band.

He has performed infront of thousands of people at concerts across Spain, he has supported famous acts including Ricky Martin, and has performed on Spanish television.  One of the most indemand entertainers for corporate events in Spain, if you are looking for dynamic, top quality entertainment production then look no further!

With a set list including favourites from Elton John, Simply Red and Stevie Wonder, he has a song library of over 1000 songs ranging from the 50s up to current day hits.  This vocalist can put on a lively set with a grand white piano and full sound and lights with smoke effects.