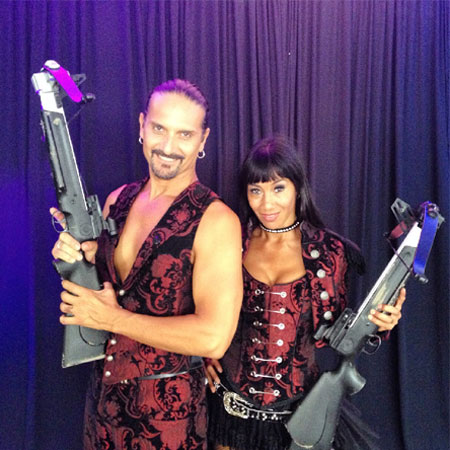 REASONS TO BOOK
Crossbow Stunt Duo demonstrate the ultimate in trust, courage and focus
Guaranteed to electrify your event with serious excitement and drama
Astound with their dancing, martial arts and precision crossbow marksmanship
Clients can create shows that are completely unique to their special event
Based in Las Vegas and available to perform at events worldwide
Stunt Shows, Cabaret and Stage Shows, Stunt Act, Speciality and Novelty Acts