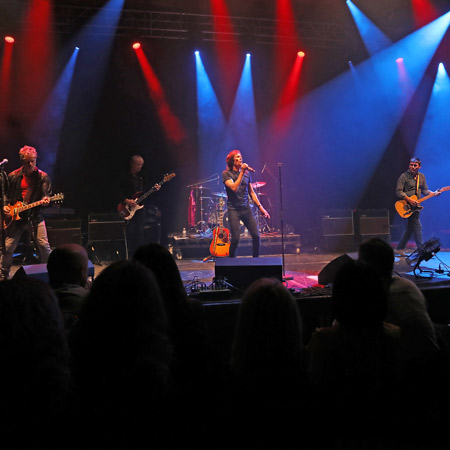 REASONS TO BOOK
One of the best Rolling Stones tribute shows in the world
Perform all the classics including Satisfaction, Jumping Jack Flash, Brown Sugar and Start Me Up
Incredible Rolling Stone tribute show suitable for all audiences
Invited to perform at Liverpool’s legendary annual Beatle Week
Based in Gothenburg and available for events all over the world
Cover Bands, Live Music and DJ, Rolling Stones, Tribute, Lookalikes and Impersonators

It’s not easy trying to impersonate one of the greatest and most celebrate rock bands of all time, however, Rolling Stones Tribute Sweden is the perfect package offering a very lifelike experience. During their Rolling Stones tribute show you could be mistaken in thinking you’re watching the real deal.

Rolling Stones Tribute Sweden is an all-inclusive package delivering a high impact tribute band experience that audience all over the world have been very impressed by. Not only are they exceptional musicians able to perfectly fulfil the position of the band member they are impersonating, but they dress the part too and the incredible frontman certainly has the moves like Jagger, and the looks too.

The Rolling Stones tribute show will certainly get your rocks off as you can expect to hear classics as Satisfaction, Jumping Jack Flash, Brown Sugar, Start Me Up, Honky Tonk Women and many more. Adding to the authenticity, and not simply playing the best of, our tribute band can also play the lesser known classic such as Live With Me and Can’t You Hear Me Knocking, and on any giving night they might stretch out in the true bluesy tradition of the Stones and do a 15 minute version of Midnight Rambler!

Rolling Stones Tribute Sweden has performed hundred of shows all over Europe and regular take part of Liverpool’s legendary annual Beatle Week, where they have performed for crowds as large as twenty thousand people. They have appeared on TV and had they live Rolling Stones tribute show broadcasted on Swedish national radio.

Contact our team of Entertainment Coordinators to book this amazing tribute band for you event or party.

" Me and John often had arguments about me liking the Stones better than The Beatles, and these guys were the best tribute to the Rolling Stones that I’d ever seen.​ "