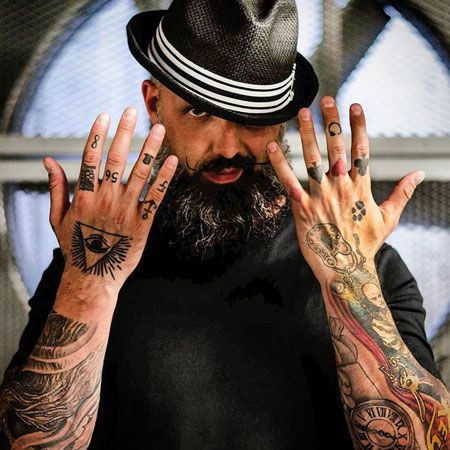 Originally from the UK, our Vancouver magician has performed and perfected his magic, illusion and comedy act for over 20 years. Having travelled the globe, this escape artist and magician has performed in Japan, Dubai, Argentina, Australia and more for renowned companies such as Mercedes, Ford, AT&T, Toyota and Microsoft.

Working as a traditional magician, our entertainer began picking up new techniques and skills from all over the world as he travelled across the globe, gaining a new perspective that has allowed him to make his performances completely unique and captivating to experience.

Having crafted his own style of magic known as Urban Deception, this magician fuses urban style street magic with comedic timing and a slick stage presence that is perfect for corporate entertainment.

Incorporating a variety of tricks and stunts this magician incorporates magic, sleight of hand, mind reading, the power of suggestion and escapes death defying situations right before your eyes.

With countless movie and TV credits to his name, our escape artist appeared on the hit TV show Penn & Teller Fool Us! Where he performed a gripping underwater escape in the studio. In addition to his Pen & Teller Fool Us! appearance he also starred in Wizard Wars and has worked on many shows including, Secret Agent Man, Taken, 6th Day and more.

What is more, our magician has appeared at Tedx as well as wowing Keri Adams live on CTV for April Fools.

Our Vancouver magician is available for stage shows as well as walkabout and close up magic.

Perfect for all occasions that want to stun their audiences and provide entertainment that will get everyone in the room talking.

To book our Vancouver Magician or for more information, contact our Entertainment Specialists.