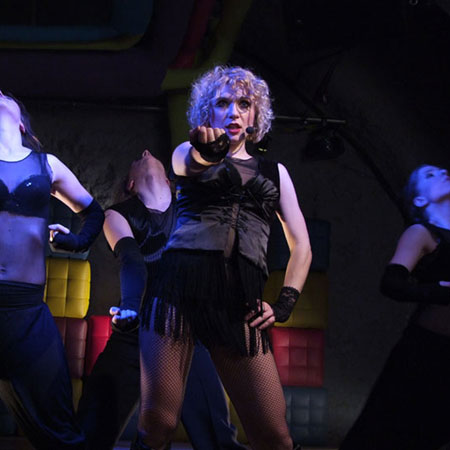 REASONS TO BOOK
Madonna Tribute show accompanied by a group of dancers
Plays songs from the Queen of Pop from early years as well as modern hits
Sophisticated choreography and multiple costume changes
Avaliable with professional cover band (drums, bass guitar, guitar, piano)
Based in Austria and available to perform at events Worldwide
Madonna, Tribute, Lookalikes and Impersonators

This tribute show presents Madonna Cover songs at the highest level.  The cover band plays both the songs by the Queen of Pop from her early years as well as her modern hits.  Madonna is played by a professional actress - Ewa Bregula, which is accompanied by a group of dancers.

Sophisticated choreography by the well-known and esteemed choreographer "Thomas Smoter" and multiple costume changes give the concert its special atmosphere.

The show can be accompanied by a highly professional cover band (drums, bass guitar, guitar, piano) that reflects the mood of Madonna's concerts and videos.