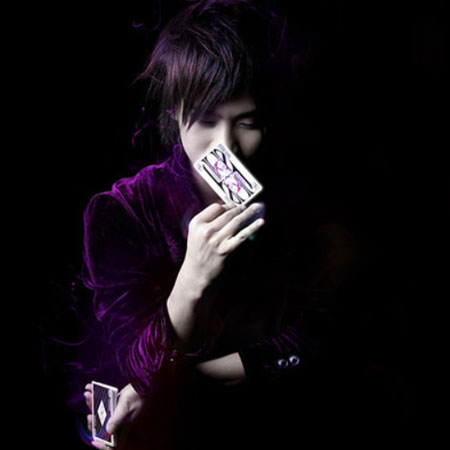 REASONS TO BOOK
Our award-winning magician delivers an incredible and unforgettable stage show that will leave a lasting impression on guests
He will be a familiar face to many, as he has been featured on BBC TV series 'The Magicians' and 'America's Got Talent'
Our impressive magician boats incredible stage magic tricks with his own contemporary twist
Our internationally renowned and innovative stage magician will blow your guest's minds with his tricks and illusions
Our world-renowned magician is based in Japan and available to perform at corporate events worldwide
Magic and Illusion, Magic Stage Show, Magic and Illusion Show, Illusionist, Cabaret and Stage Shows

Surpassing all expectations of traditional magic, our globally renowned magician has developed his own unique and very innovative style. His high calibre stage magic show playfully incorporates high impact trickery and dynamic visual aspects that have been given a dramatic contemporary twist. His stunning stage magic still uses classic props such as cards and coins but in ways that are guaranteed to amaze audiences.

His live show is unforgettable and incorporates a variety of magic tricks including large scale illusion, escape artist magic, quick change, Japanese manipulation, card tricks, mentalism, levitation and lots more. Audience participation forms an important part of his show with guests being invited up on stage to be involved in tricks. Our impressive stage magician fires up the audience and gets them to interact with the show by waving their arms, clapping or whatever he needs for the magic to work!

Our stage magician is a man of many talents and knows how to use them to maximise the impact at any event. His stage magic shows are very versatile and customisable which means his act can be booked for everything from performing to an audience full of children to corporate clients.

As a multi-award-winning stage magician, contemporary illusionist and innovative entertainer, Hara Hiroki has an outstanding reputation on the world magic scene. His profile has grown rapidly since being featured on various TV shows around the world including the popular BBC series The Magicians and America's Got Talent. Now with global recognition, he has wowed audiences all over Asia, America and Europe.

This is a customisable show that can be tailored to suit your event requirements. Additional performance options include the inclusion of a company logo or a VIP appearance illusion from a holographic projection. speak to our expert team to find out how this stage magic show can be adapted to suit your specific requirements.

Our multi-talented Illusionist also offers a state of the art Virtual Reality Show and a Hologram Illusions Video Mapping Show.

To find out more and to book this totally innovative and one of a kind leading stage magician, contact our Entertainment Co-ordinators who will be more than happy to discuss his performance for your event.