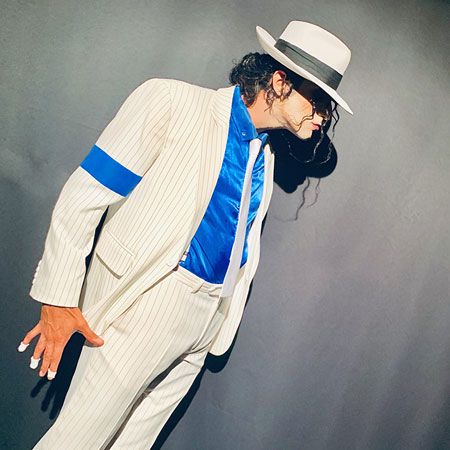 REASONS TO BOOK
One of the world's best impersonators of the King of Pop, Michael Jackson, our tribute can offer a full stage show or a short dance set
The high energy, exhilarating two-hour live show includes backing dancers and can showcase some of the 35 replica costumes and special effects
A professional dancer able to replicate MJ’s moves perfectly he offers an uncanny performance that will have your guests asking for more
Great for themed events, 80s or 90s parties, galas and festivals, our Jackson tribute can also offer walkabout sets and pose for photos
Based in Austria, he is able to delight music fans at events worldwide with renditions of classic hits including Thriller, Bad, Billie Jean and more
Cabaret and Stage Shows, Dance Shows, Walkabout Entertainment, Lookalikes and Impersonators, Tribute, Lookalikes and Impersonators, Michael Jackson

Bringing you world class entertainment from all over the world is what Scarlett Entertainment is all about. Very few artists in history are as renowned as Michael Jackson, rightfully crowned the King of Pop. Our sensational Michael Jackson tribute act brings a high energy, thrilling live show powerful enough to rival the king pop himself.

Our tribute act is one of the world's finest Michael Jackson impersonators. He has received approval from several of the Jackson brothers and won a competition to represent the Michael Jackson of the Middle East in Tokyo, Japan on the BAD25 anniversary celebration in 2012. He has also been officially titled as the leader of all the Michael Jackson fans in Asia by Pepsi-CO and Cirque Du Soleil.

The brilliant Michael Jackson impersonator embodies all that is MJ from his energetic, charismatic presence to the uncanny resemblance that he shares with the late music icon. Our impersonator is not only the spitting image of Michael Jackson but his voice and dance routines ignite the room and WOW audiences all over the world. He is a profession dancer and dance instructor capable or replicating MJ’s moves with intricate precision.

This incredible performer’s tribute act delivers a high energy, exhilarating non-stop two hour live show featuring songs spanning the whole of Michael Jackson’s solo career. The look, the dance, the energy and the performance will blow the audience away. Not only a professional dancer simple recreating MJ’s moves but he also has custom made replicas of 25 of the King of Pop’s most famous costumes.

Being an spitting image impersonator to such an iconic figure means he is in big demand. If you’re not looking for a live show the Michael Jackson lookalike is available as a guest of honour, for special events or photo sessions with customers and guests.

Having wowed guests with his live show all over the UAE across the Gulf, Las Vegas, Los Angeles, New York City and Japan, our impersonator is ready to take your event entertainment to the next level.

Speak to one of our entertainment specialists today about booking the Michael Jackson tribute act for your event or party.