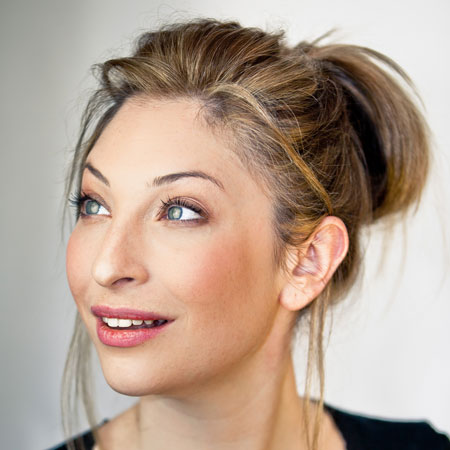 Jess Robinson is a quadruple award-winning actor, comedian, impressionist, singer and voiceover artist. Her amazing talent means she can wow audiences with her spot-on musical impersonations of such renowned and varied singers as Adele, Shirley Bassey, Julie Andrews, and Cheryl Cole, and she can sing solo or with a live band.

Jess has appeared on stage, radio and TV. In 2015 she showcased her impressions with Alex Jones, live on The One Show. She produced and took to the Edinburgh Festival her one-woman comedy show in 2014, Mighty Voice, which was nominated for Chortle Comedy Award in the Best Music and Variety category.

Jess is also a fantastic awards and event host, that brings something different and special to corporate audiences, to liven up any event!

Her TV credits include; ITV’s satirical puppet show – Newzoids, BBC3’s new comedy – Murder in Successville, and BBC2’s - Rory Bremner’s Election report. She has also been in The Impressions Show, Dead ringers, for the BBC. She has also recorded numerous radio sitcoms for Radio 4 including; The Now Show, Fifteen Minute Musicals, Secret World, I’ve Never Seen Starwars, The Castle and Newsjack. Jess can be heard on several of the brilliant Doctor Who audio episodes.

Jess has done the voice of CBBC’s hit show, Horrible Histories. She has done a voice over for multiple characters on an array of UK and US animations including; Dreamworks’ Noddy, Cbeebies’ Kate and Mim Mim, and Nickelodeon’s Lucky Fred. Her voice can also be heard on various adverts on The Disney Channel, Cartoon Network, BBC4 among others. On top of that, she has voiced numerous video games such as Anno 104, Risen, Book Of Unwritten Tales and Randy.

Having started her career in theatre, and she is still appearing in both plays and musicals. Her first role was Martine on a national Tour of French farce, and Full Circle alongside Joan Collins. After that, she has credits including Never Mind the Botox (co-starring with Phil Jupitus and Issy Sutti), Ophelia in Hamlet! The Musical, and The Queen Of Hearts (Alice in Wonderland) at The Lyric Hammersmith.

To book Jess Robinson for your next event, contact our team.