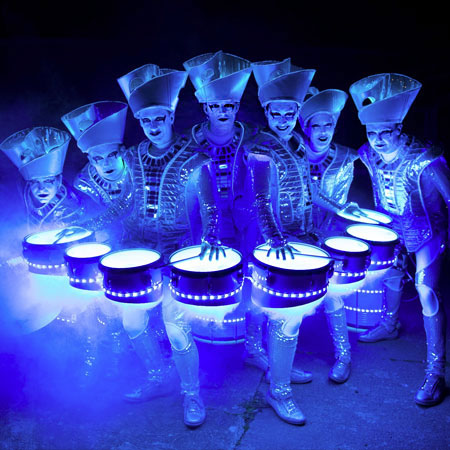 Reasons To Book
High-impact, visually stunning and acoustically impressive drumming show that includes dynamic choreography and beautiful lighting design
An interactive unforgettable show that ends on a climax of light, sound, smoke and movement, a show for people of all ages
A show customisable for your event from the colour of the lights, costumes and drums to the number of performers, a memorable finale to any event
This spectacular show can be performed in both indoor and outdoor venues, it can also be adapted to be a roaming act for your event
Based in the UK and available to perform at corporate events, outdoor events, festivals, carnivals and more worldwide
Live Music and DJ, Drumming and Percussion, Latest Technology Acts, LED and Glow Act, Walkabout Entertainment, Walkabout Musical Acts