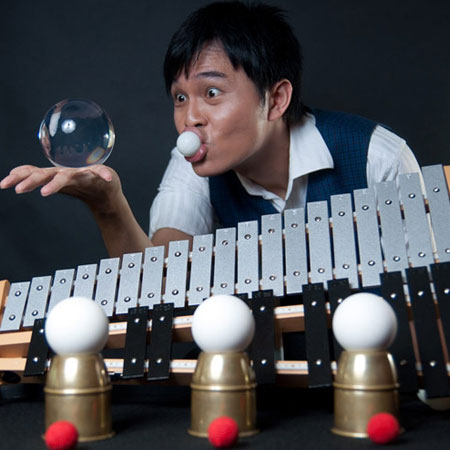 Combining a variety of highly engaging and hilarious acts, Circus performer Jay provides the perfect lighthearted entertainment for a variety of events.

Kicking off each show with a fast paced ball juggling routine, Jay also manipulates crystal balls making them float with haunting beauty. Following this, an engaging plate spinning routine sees him twisting his arms and rolling his body in the strangest of angles!

Working the audience into a frenzy, Jay then switches to his crazy self, conjuring up a hilarious escape act that sees him tease the audience as he escapes with ease, from a wrist shackle held tightly with two brass padlocks.

Featured in BuskerBus Festival of Street Arts (Poland) and Buskers’ Festival Barcelona, this spectacular Comedy Circus Show has been performed in festivals across 9 countries across Asia and Europe.