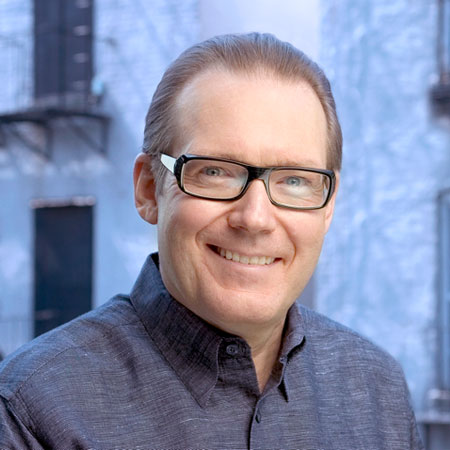 Keynote speaker Michael is a technology pioneer and 'practical futurist' who combines real business experience with technology skills, to deliver a common-sense vision of change for business and individuals. He is a dynamic speaker, who can effortlessly blend technology, economics, demographics, culture and human nature, and he speaks and consults for clients worldwide, ranging from FedEx, Boeing and NBC Universal to Microsoft, Pfizer and American Express.

Michael is also an award-winning investigative journalist, who most recently served as futurist-in-residence for The New York Times, and columnist for MSNBC. He is also a regular guest on radio and television, including Good Morning America, the Today Show, PBS, CNN and the History Channel. As a Stanford University graduate, speaker Michael began his career as a writer for Rolling Stone, but it was his ten year stint as Vice President of The Washington Post Company’s new media division that saw him guide both the newspaper and its sister publication Newsweek into the new century.

As editor and general manager of Newsweek.com, he created the magazine's technology section, produced the world's first CD-Rom news magazine for Newsweek in 1993, and won the Distinguished Online Service award from the National Press Club for coverage of 9/11. In 2007 he was named to the Magazine Industry Digital Hall of Fame, and in 2009 he received the World Technology Network Award for Lifetime Achievement in Media and Journalism.

Speaker Topics:
Michael uses his journalism skills to stay current on topics ranging from technology and demographics to management and education. He customizes his presentation to fit each client's needs. Below are a few examples of recent topics:

Michael also offers moderating and Master of Ceremony services, and half or one-day strategy retreats for small groups of senior executives in fields such as finance, law, marketing, media and pharmaceuticals, to help them think about the future in useful and actionable ways.

To find out more get in touch with our team of experts.

" You hit a home run with this group. Long-time bar association executives who can be somewhat jaded were particularly enthusiastic about your presentation. "

" Your thought-provoking comments generated much discussion and were exactly what we needed to close out our meeting. "

" Some futurists are good storytellers with plenty of charisma but no 'wisdom' or experience and others have loads of experience but no charisma. You demonstrated both. "

" We especially liked your story telling. It led to a sense of excitement and sparked quite a dialogue among our team. "