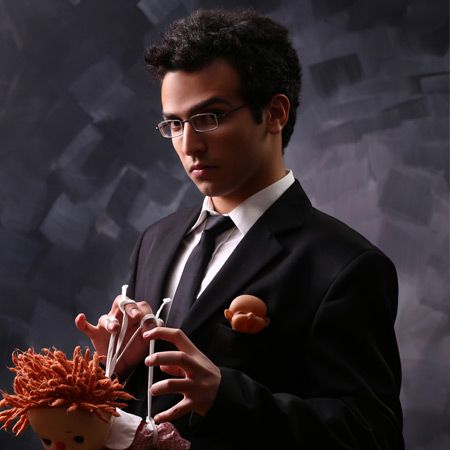 REASONS TO BOOK
Mind magician who can convince audiences that he can read their mind!
Shows combine Lie Detection, Mind Reading, Control & Influence
Reached the Semi Finals for Arabs Got Talent 2012
Previous clients include Adidas, Nokia, LG and many more
Based in Jordan and available to perform at events worldwide
Magic and Illusion, Mentalist, Talent and TV Show Personalities, TV Show Talent Acts

Mentalist Basem is a mentalist mind magician who can convince audiences that he can read their mind and influence their actions as he entertains audiences with their own brains!

Mentalist Basem is fantastic entertainment option for corporate events and product launches, tailoring his show around a specific product and brand advertising, including company and product names.

" Every year when we start planning to our Adidas Jordan all-employee year end party, we think of something unique, different and entertaining, and we usually make things happen, for the 2012, the show of Basem raised the bar of our people expectations, where he presented such a unique and impressive show. "

" When I watched some of Basem’s performances on Youtube, I was taken by his exciting and entertaining style, so I decided I would have him on my program “Kalam Nawaem”. I had the feeling he’s going to do some amazing stuff to the show hosts. True it was that he had us all amazed with his mind games that look like real mind reading. I love his style in presenting himself and his show, and I have the feeling that he’s going to make it big, in God’s will. "

" Basem is a great performer. Fullstop!! "

" I am usually a skeptic with this particular genre of entertainment - but Basem truly blew my mind with his incredible show, and I was left as shocked as the audience at my Theatre! "

" I couldn't believe my eyes! Basem's show was really mind blowing. The audience and I were amazed and balling our eyes out at the same time! I have never believed in such things, but the show was truly epic! "