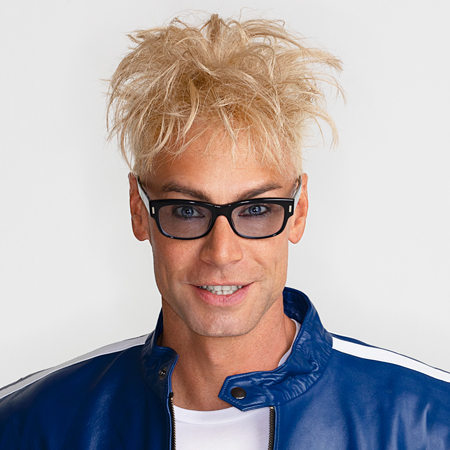 REASONS TO BOOK
Multi-award winning youTube sensation with over 16 years of show experience on the Las Vegas strip
America’s Got Talent semi-finalist who is a regular TV magician appearing on shows throughout the United States
Available for outstanding magic entertainment with jaw-dropping tricks, comedy and audience participation
Has amazed audiences at theatres and events worldwide with shows attended by many celebrities
Based in Las Vegas, this magician is available for events all over the world
Magic and Illusion, Magic Stage Show, Cabaret and Stage Shows, Magic and Illusion Show, Talent and TV Show Personalities, TV Show Talent Acts

Our Viral Magician Las Vegas is a one of a kind magic entertainer. Famous in Vegas and viral around the world, he is renowned for his performances on America’s Got Talent, Youtube prankster magic videos, multiple appearances on Masters of Illusion and having spent over 16 years performing on the Las Vegas Strip.

Our Viral Magician Las Vegas became a household name as a semi-finalist on America’s Got Talent where he blew the judges, and audiences, away by producing a Ferrari out of thin air, transferred a girl into a live tiger and made a huge locomotive which is still that largest ever illusion to take place on America’s Got Talent. Through 20 years of touring internationally, he has received 31 awards including: World Champion Magician in Shanghai, China, The Hollywood Fame award for contribution to magic on TV and Top 100 Business Men of Nevada. The viral magician is also a YouTube sensation with over 1.2 million subscribers and well over a billion views and his channel.

Our Las Vegas magician has now spent over 16 years performing on the strip and knows exactly how to create an incredible experience for his audiences. With residencies at The Tropicana Resort & Casino, and Planet Hollywood he has had sell-out shows and multiple celebrities from Britney Spears to Johnny Depp have come to his shows. Along with his trusty side-kick, the celebrated TV magician delivers an exhilarating 70 - 90 minute show with mind-blowing magic, comedy, and lots of audience participation.

TV Magician with a top reputation

If you would like to book this sensational Las Vegas magician, don't hesitate to get in touch with us.