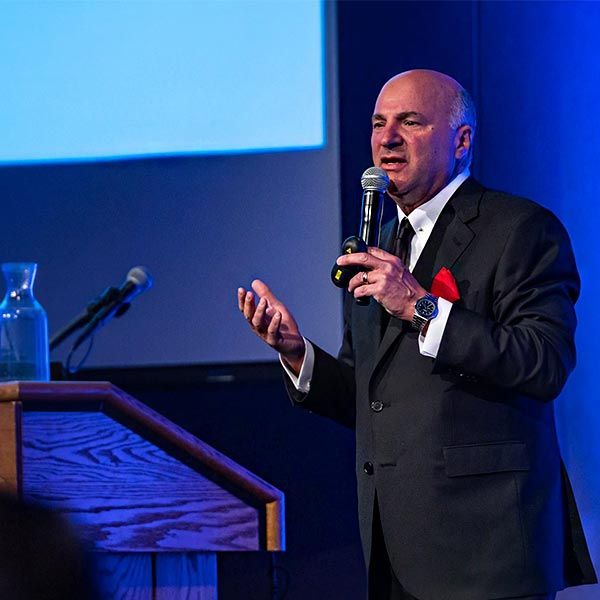 REASONS TO BOOK
A successful business and finance speaker, offering live in-person and virtual keynote speeches, with professional tips and anecdotes.
Kevin O'Leary is a top entrepreneur, author, speaker, venture capitalist and celebrity TV personality with a large social media following
A self-proclaimed “eco-preneur” focusing on investments that make money but are also environmentally friendly
Best known for his appearances as a guest judge on ABC’s reality show Shark Tank and Dragon’s Den in Canada
Happy to customise each presentation to his audience and will bring unique business information to each event in person or virtually
Business and Management Speakers, Economics and Finance, Future and Technology Speakers, Leadership and Motivation Speakers, Speakers and Hosts

A top entrepreneur, author, virtual speaker, venture capitalist and celebrity TV personality. Best known for his appearances as a guests judge on ABC’s reality show Shark Tank in the USA and Dragon's Den in Canada. Other TV appearances include the co-host of BNN’s SqueezePlay, the host of BNN’s O’Leary Live, and has co-hosted the CBC News world’s business show, Lang & O’Leary Exchange.

He is a self-proclaimed “eco-preneur” focusing on investments that make money but are also environmentally friendly.  He is also a photographer, watch collector, guitarist and author of three number 1 best-selling books “Cold Hard Truth”, “Men, Women and Money” and “Family Kids and Money”.

O'Leary studied at the University of Waterloo where in 1977 he received a degree in environmental studies and Psychology. He then attended the Ivey Business School where he received his MBA in 1980.

Kevin co-founded SoftKey Software in 1986, the first software company to apply the principles of consumer goods marketing to the software industry. SoftKey grew quickly as the cost of personal computers declined and millions of North American families began to buy software for education and entertainment.

By 1998, SoftKey has acquired many of its competitors and become the world leader in the development of educational, reference and home productivity software and the world’s second-largest consumer software company.  Later changing its company name to The Learning Company this was then acquired by The Mattel Toy Company for $4.2 Billion in 1999.

In 2003 he became co-investor and a director in Storage Now, a leading developer of climate-controlled storage facilities. And in July of 2007 Kevin became a founding SPAC investor and Director of Stream Global Services Inc. and is the Chairman of O’Shares ETF Investments and Beanstox.

Kevin also holds investments in over 30 private venture companies over a large range of sectors. He is a member of Boston’s 120-year-old Hamilton Trust, a contributor to CNBC, ABC News and Good Morning America and a co-host for the Discovery Channels Project Earth series.

During this speech, he will reveal the secrets that made him rich and share advice for people from every walk of life. He will share his incredible journey from his challenging childhood to how he built his first company.

LESSONS FROM A SHARK

A behind the scenes look into his two shows Shark Tank and Dragon’s Den. He will show outtakes from the shows and videos you can’t find anywhere else along with an up to date economic overview relating to your industry.

AN EVENING WITH KEVIN O’LEARY

During this keynote Kevin O’Leary draws on his immense knowledge of finance, investing, economics, and business to discuss many themes or topics.