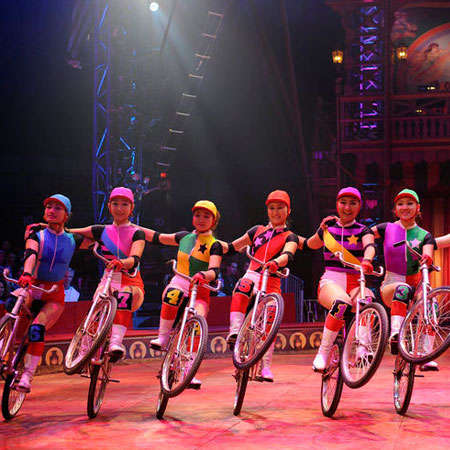 This Chinese Acrobatic Team was set up in 1925, and over the past 40 years has gained international recognition for being an innovative troupe of acrobatic, theatre performers. The team has created a number of original acts with distinctive features that have had a significant influence on the contemporary Chinese acrobatic arts.

The Chinese acrobatic team includes two first class artists of the People's Republic of China, where their amazing bicycle act (available to view on the videos) won a Silver Medal at the 27th Festival Mondial du Cirque de Demain in Paris in 2006.

They have been highly praised abroad and gained good reputation internationally.