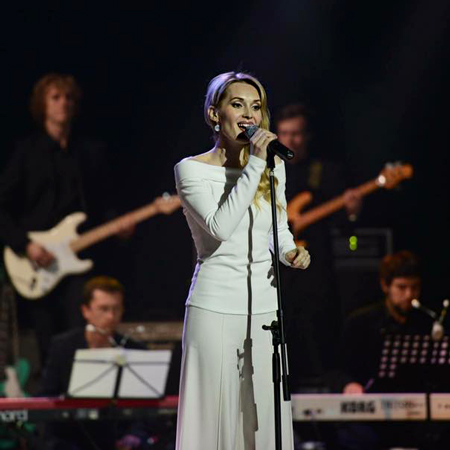 REASONS TO BOOK
Stunning female singer and acclaimed solo pop artist
X Factor winner and finalist for the Ukrainian Eurovision Song Contest entries
A singer so good the X Factor judges thought she was miming
Great for festivals, corporate events, private parties and award ceremonies
Based in Kiev and available for events all over the world
Live Music and DJ, Covers Singers and Duos, Talent and TV Show Personalities, TV Show Talent Acts

This stunning pop singer is a hugely popular female solo artists based in Kiev in the Ukraine. The well known Ukrainian singer is a former X Factor winner who has gone on to carve a great career for herself in the music industry. You can book the female solo artist for your event where she will perform a range of her songs and international songs in Russian, Ukrainian, English, Arabic and Japanese. Our Female Singer Ukraine is available as a solo performer or with live musicians.

The pop singer is an X Factor Winner whose auction video has had millions of views. The judges were so impressed with her voice that they actually thought she was miming and asked her to perform a cappella to prove she wasn't. As an X Factor winner, her popularity quickly grew and she signed with Sony Music Entertainment for her debut album. The Ukrainian singer has also been awarded Female singer of the Year and was a finalist for the Ukrainian Eurovision Song Contest entries.

Having found a passion for art and music at an early age, our Female Singer Ukraine moved into the world of fashion specialising in technology and design. She graduated from The Vocational School of Technology and Design with a speciality in Tailoring Women’s Clothing. The female solo artist’s background in fashion is very apparent in her singing career as she always looks million dollars.

To book this fantastic Female Solo Artist for your event in the Ukraine or internationally, please contact our team at Scarlett Entertainment.