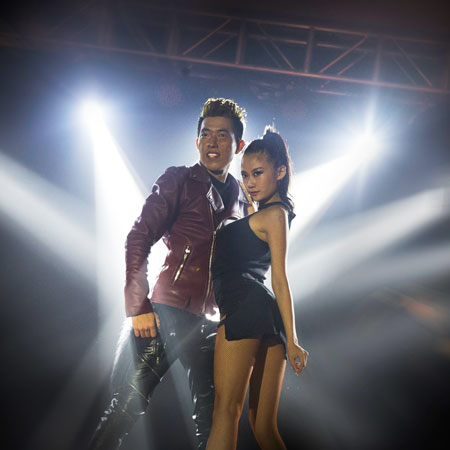 REASONS TO BOOK
World-class illusionist and magician of 15 years with electrifying stage shows
Winner of multiple prestigious magic competitions and the only Malaysian to make it to the esteemed FISM
Jaw-dropping magic shows with levitation, escapism, cunning reveals and sawing people in half
Clients include Mercedes-Benz, Philips, Dell, McDonald’s, Martell Cognac and many more
Based in South East Asian,the Malaysian magician is available for events all over the world
Magic and Illusion, Illusionist, Magic Stage Show, Cabaret and Stage Shows, Magic and Illusion Show

This Malaysian Magician is one of the country’s top performers and has steadily been a rising star on the scene and becoming sought-after by big clients. Our Grand Illusionist Malaysia has been a dominant figure on the Southeast Asian magic circuit for over a decade and guarantees to blow your guests away with one of his stunning magic shows.

Bring the wow factor with a dramatic magic show

The grand illusionist has built a strong reputation for his impressive stage magic shows. His Las Vegas-style productions feature a range of levitation, escapism, sawing people in half, cunning reveals, plus live doves and much much more. The Malaysian magician is a proper showman that turns each and every trick into an edge-of-your-seat spectacle.

Having won numerous competitions and being a judge himself on others, our Grand Illusionist Malaysia has a strong following in the Asian region. He is also the first magician in Malaysia to make it into prestigious FISM and win several championship titles in world-class competitions in China, including the renowned Guangzhou Asia International Magic Fest.

The grand illusionist regularly works with world-leading brands such as HP, Kia, BMW, Philips, Heineken and many others. His magic shows and big illusions can be tailored to suit the event and make a big impact. With experience representing multinational corporations a trade shows, he fully understands who to work with big corporate clients.

If you are looking for a magician in Malaysia who can deliver a high impact illusion show, speak to our team who will happily make the arrangements for your event. As a multi-faceted entertainer, he also has a superb lazerman show.