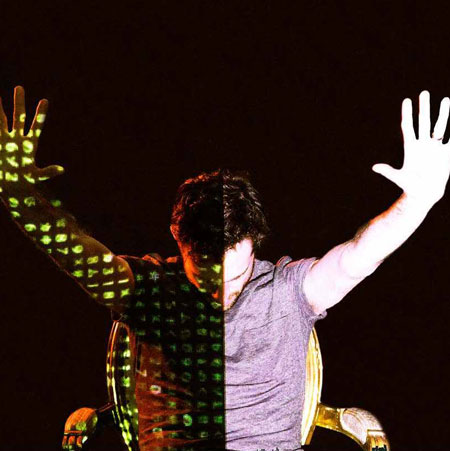 REASONS TO BOOK
Innovative beatboxer with a motivational life story
Multi award-winning beatboxing champion and musical mastermind
Provided voices for Disney and made a cameo appearance in Beavis and Butthead
Invited to speak at the prodigious TED Global Conference in California
His track ‘Eat, Sleep, Rave, Repeat’ was a smash hit and reached No 1 in the charts
Live Music and DJ, Beatboxers,Rappers and Vocal Loop, Speakers and Hosts, After Dinner and Comedy Hosts, Celebrity Speakers, Innovation and Creativity Speakers

Beatboxer hero Beardyman has an astounding talent for producing the sounds and rhythms of entire musical tracks using only his mouth, combining humour with his musical performances. He can a fascinating and extremely entertaining motivational speaker for any event.

The multi award-winning beatboxing champion and musical mastermind Beardyman started out as an internet phenomenon who has racked up over 50 million times on YouTube alone. To date, he has collaborated with Groove Armada, Herbie Hancock, Tim Minchin, Reggie Watts, Jack Black and Fatboy Slim. His track with the latter ‘Eat, Sleep, Rave, Repeat’ was a smash hit and reached No 1 in the charts, beating One Direction.

In addition to straightforward beatboxing, Beardyman can also use a selection of digital effects and samplers to create multi-layered tracks live.

Beardyman has appeared on shows as diverse as The Comedy Proms (BBC1), The Horne Section (Radio 4), Beardyman and the Mimics (documentary for Radio 4), MTV, Radio 1, Radio 6Music, and most recently The John Bishop show, along with live performances all over the world. He’s also provided voices for Disney and made a cameo appearance in Beavis and Butthead. He was honoured to also be invited to speak at the prodigious TED Global Conference in California.

The alternative sounds of Beardyman make him the ideal candidate for corporate event entertainment or at private parties. Guaranteed to give your guests the WOW factor, Beardyman’s experimental sounds and captivating performance style will ensure your event, conference or party is one to remember!

Top Tip:
To find out about Beardyman as a live musician, click here.

To book the beatboxing champion for your event, get in touch with our team at Scarlett Entertainment.