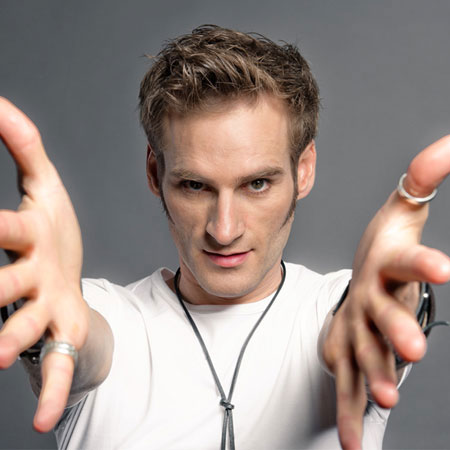 Book magician stage shows and close up magic acts from Scarlett Entertainment Germany. Classed as ‘World Champion of Stage Illusionists’ in Beijing in 2009, our gifted illusion artist from Stuttgart is a true master of the big illusion show, having wowed audiences in over 30 different countries and every continent.

A charismatic showman, our gifted illusionist has been performing professionally since he was only 7 and has built up an extensive repertoire of tricks, producing magic productions which cover one of the largest range of illusion skills in the business.

Our illusionist’s grand magician show features everything from an escape from a burning box and on-stage levitation to growing an orange from his palm and causing light to float in mid air. Having worked with a variety of high end clients including IBM, Mercedes Benz and Bosche, you can hire our illusion magician to provide stage shows for corporate events, gala dinners and awards evenings. Also able to be hired as a unique, wow factor wedding magician, our illusion entertainer can incorporate interactive close up magic acts into his magic stage show to really engage your guests.

Different elements of his stage illusion show include:
Smoke Chamber- where our illusionist appears in a glass cube
Instant Car- a magic act in which a car full of people appears on stage
Head Gold- an interactive feature of the illusion show in which our close up magician encourages the whole audience to shuffle a pack of cards
The Tesla Experiment- where one of the magic show’s audience becomes invisible
Drum Illusion- the grande finale in which a drum appears and disappears

Offering more than 16 different high impact illusions, this unbelievable stage show will leave your guests breathless. To find out more about hiring a mind boggling World Champion Illusionist from Scarlett Entertainment Germany for your event, feel free to contact our office today.

" There is one trick that the World Champion of illusions...has mastered perfectly: transforming two hours of the evening into pure enjoyment "