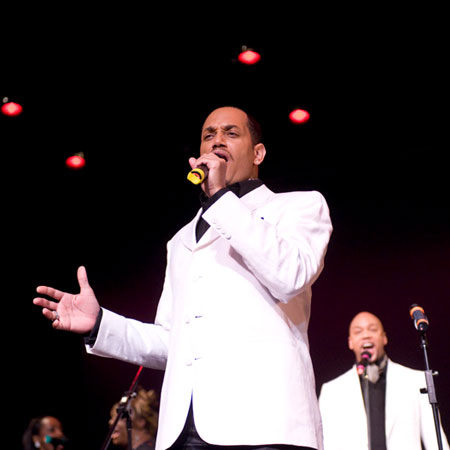 REASONS TO BOOK
This 11 piece amazing Gospel Revue with the authentic flavor of Harlem
Premiered at the Famous Blue Note in New York City
Performed at America’s most renowned Jazz Festival - Newport Jazz Festival
Performed all around the world from Japan, Europe, Russia and Italy
Based in NYC and available to perform worldwide
Choirs - Gospel and Barbershop Quartets, Live Music and DJ, Musical Shows, Cabaret and Stage Shows

Experience the authentic taste of Harlem with GospeLive and take a journey through the evolution of African American Gospel Music with this group of professional and experienced singers.

This amazing Gospel Revue, which showcases up to 11 of New York’s most talented performers, is available to present an evening of uplifting music and harmonies that will touch the soul. The show samples America’s many genres of Gospel Music in the grandest of styles, guaranteed to have guests clapping and tapping their feet.

The impressive credentials of this talented group of singers speak volumes.  Not only are some of the members Billboard charting recording artists in their own right, many have worked alongside big names in the music industry and have shared stages and performed with the likes of; Diana Ross, Aretha Franklin and Stevie Wonder.  Members of this revue have also made numerous television appearances on US shows/channels that include VH1, CBS, Japan and Italy.

The members of this New York based Gospel Revue also have extensive experience of performing at venues around the world having performed individually, or as a group, in places like Japan, Europe, Italy, Africa, Australia, and Korea.

Although they are a Gospel Revue, this act will also perform other genres and styles of music including Jazz, R&B and Soul. This dazzling show includes costume changes and stunning vocals that make Harlem GospeLive and unforgettable experience.

To book GospeLive or for more information about the various other line ups, contact our team of Entertainment Specialists today.