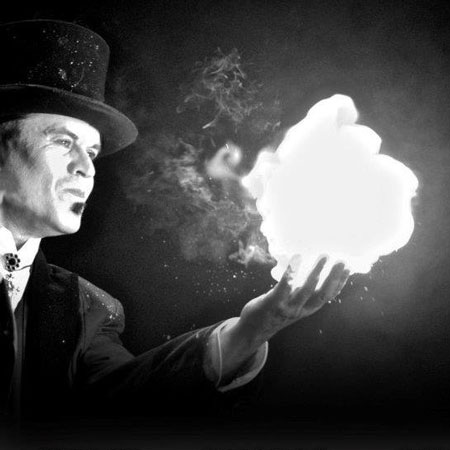 Thrilling and exciting event entertainment doesn’t come much better than in the form of magic. Scarlett Entertainment is pleased to be able to offer one of Australia’s finest illusionists who has over 25 years experience providing close up magic and close up magic. With his audience on the edge of their seats and blown away by the tricks our master magician always has the crowd in the palm of his hand.

The award winning Australian master magician has captivated audiences worldwide with his spectacular shows featuring close up magic and classic magic and not forgetting his charm as a comedy magician. Whether on the stage or in amongst the audience, the illusionist has the power to engage with the spectators and guarantee that all eyes are on him.

Our Australian master magician specialises in classic magic reminding audiences of a lost era of entertainment and the heyday of illusionists. His stage show is up-beat, sharp with comical elements that really gets the audience involved. His classic magic acts include levitation, a disappearing assistant, escaping from a straight jacket and some fun audience participation. The comedy magician also offers close up magic to roam between dinner tables or crowds of people at conferences.

Fully customisable performances that can be tailored to suit any client or event makes our Australian master magician perfect for private parties, conferences, cruise ships, holiday resorts, corporate entertainment and intimate performances. His routine doesn’t have to include and speech making it suitable for any audience type.

With over 25 years years experience, 16 of which have been performing non-stop for the Cruise Industry, he has taken his classic magic and close up magic acts all over the world. Previous clients include Porsche, Mercedes Benz, Toyota, Honda, Loreal, BHP Billiton, American Express. He has been feature act for Formula 1 Grand Prix Gala Balls, Indy 500 Gala Dinners, as well as a regular for VIP events hosted by Australian Casinos. Out illusionist has a 20 year relationship with Hyatt International, where he is only one of two magicians worldwide to travel for the hotel chain, performing close-up Magic within their F&B outlets.

To bring some magic to your event, contact us today

" A character that provokes laughter one second, then fear the next - as an actor playing the role of a magician rather  than somebody merely doing tricks! "