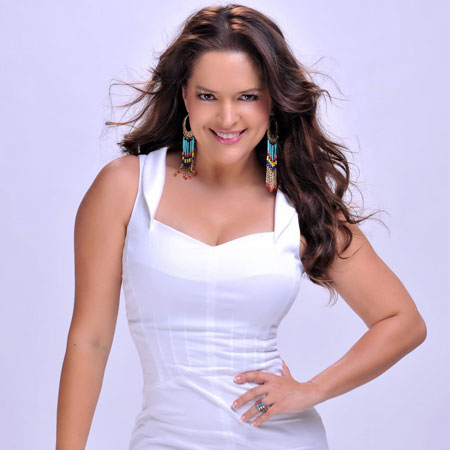 Bringing the native rhythms of Cuba to the Los Angeles Latin Scene our Cubana Songstress brings a fiery and exciting performance to every event as she sings in both Spanish and English upon request.

With an undeniable passion for salsa music and Cuban culture, our Cubana songstress was quickly catapulted to fame with a growing number of Cuban fans that adored her style. Following her rise in popularity our Latin singer was soon recognised as a TV icon appearing on her hit show ‘Para Sentir Amor’. With a successful show under her belt our Latina vocalist launched her international career and began touring throughout several European countries including; France, Germany, Portugal and Spain.

Having performed in many Latin based venues, she has performed at the Mayan Theatre, The Rumba Room, The Century Club, Mama Juanas and many oner famous clubs throughout Los Angeles.

If you are looking to create a warm, tropical atmosphere to your event, our sexy Cubana Songstress is the perfect choice. Accompanied by an incredible Cuban party band, our sizzling Latin singer performs original songs and covers. Available as wedding entertainment, a function band or fiesta performers, take guests on a Cuban adventure with our South American band!

Our female fronted Latin band have made a name for themselves as one of the leading Cuban party bands in the USA today. The gorgeous Latin singer at the head of this group has been performing throughout the States and internationally since a young age, turning her passion for Cuban culture and salsa music into amazing live shows. Trained as a singer, dancer and actress, our feisty female vocalist not only sings at events, she performs! Accompanied by some of the world’s best Cuban musicians, our singer performs alongside a Grammy Award winning guitarist.

Playing a wide repertoire of original songs and covers, this amazing live band performs salsa, Latin and Hispanic music, inspired by the sounds of Cuba and South America. Able to adapt to your specific event requirements, our band can perform a vibrant party set to get all of your guests flooding the dance floor or a more laid back show, supplying an ambient atmosphere for your social occasion.

Having performed for a large number of high profile previous clients, our South American band have recently performed on CBS’ Criminal Minds. Able to be booked as wedding entertainment, for private fiestas, corporate functions and Latin events, our superb live band is certain to raise the heat at your event.

For more information about booking Cubana Songstress for your event, please contact our team at Scarlett Entertainment USA today.