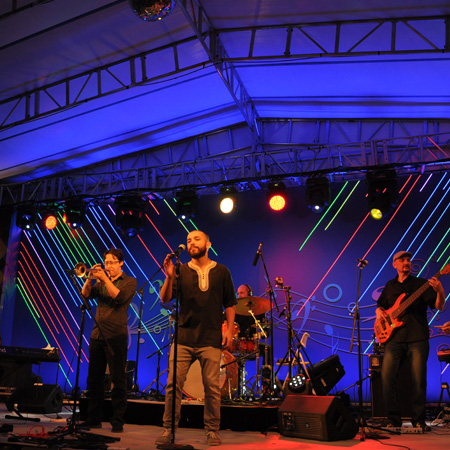 This Shanghai-based jazz band combines live electronics with jazz improvisation: sound collages of samples, loops, and beats merge with the live band into a dynamic and vital ensemble.

Influenced by the Norwegian electronic jazz scene, the band was started by Atze Ton and originated in Munich, Germany. When Atze moved to Shanghai at the end of 2010, he brought the project with him and has since played with Toby Mak on trumpet and Nicholas McBride on drums, forming the core team.

Since early 2013, the band’s line- up also includes Mark Fitzgibbon on keys and Amine El Filali on vocals. The latest addition of Lv Jing on Erhu adds a strong Chinese feeling to the performance. With this line-up the band made the 3rd prize at Cotai International Jazz & Blues Festival in Macau October 11-13 2013.