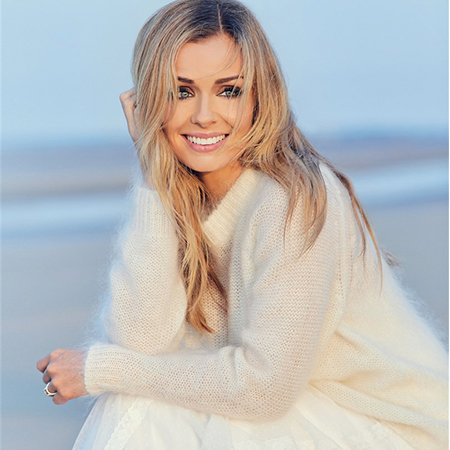 REASONS TO BOOK
Award-winning Mezzo-Soprano
Best-selling classical UK artist in the last 25 years
Over 8 million albums sold worldwide
Only singer ever to hold simultaneously the Number 1, 2, 3 and 4 positions in the UK classical album charts
Katherine Jenkins is based in the UK and available for worldwide bookings
Live Music and DJ, Classical Vocals, Talent and TV Show Personalities, Famous Musicians,Bands and DJs

Katherine Jenkins, OBE, is one of Britain's favourite singers and is a classical superstar.

She is the only singer ever to hold simultaneously the Number 1, 2, 3 and 4 positions in the UK classical album charts

She has now sold over 8 million albums worldwide and in 2017 was named by Classic FM as officially the best-selling UK classical artist of the last 25 years. With multiple awards to her name and sold-out theatre and arena tours in the UK, Katherine continues to make waves and she has performed for royalty and heads of state around the globe, including by invitation at Windsor Castle for the official celebrations for HM the Queen’s 90th birthday in 2016. Aside from her compelling musical success, Katherine has appeared on US TV screens as a contestant on ‘Dancing with the Stars’ and in the UK with a guest-starring role in the BBC’s Doctor Who Christmas Special and as a presenter on BBC’s Songs of Praise.

She was awarded The Most Excellent Order of the British Empire (OBE) in the 2014 New Year Honours List by the Cabinet Office on behalf of HM The Queen for her services to music and charity – specifically her work with the British Armed Forces.

2017 was a year of debuts for Katherine, including an extremely successful first foray into musical theatre, where she starred alongside Alfie Boe in Rodgers & Hammerstein’s ‘Carousel’ at the London Coliseum, shortly before her mainstream festival debut as Very Special Guest at Latitude Festival. Her latest tour of the UK in December 2017 - ‘Christmas with Katherine Jenkins’ saw her perform at theatres all around the UK, including at The Royal Albert Hall.

Katherine has swiftly returned to the stage in 2018 after the birth of her second child, firstly at the Classic BRIT Awards and following with multiple outdoor Summer concerts, including the BBC Wales Proms in the Park. Katherine’s new album ‘Guiding Light’ was released and she will be touring the UK, including at the prestigious London Palladium.

To book Katherine top make a stunning impact at your next event, click here to contact us.