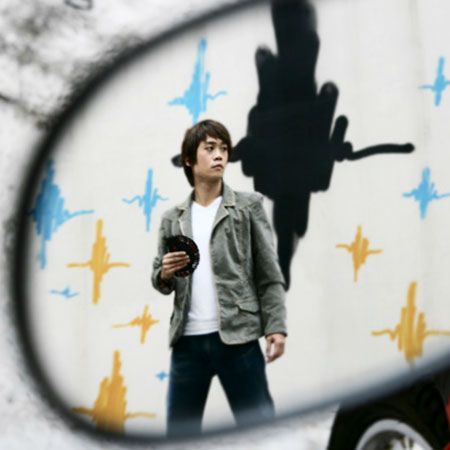 REASONS TO BOOK
One of Singapore’s fastest rising stars of close up magic
A modern day Merlin his portrait of magic will leave you speechless
Performed internationally for corporate clients, royalty & celebrities
Offers customised magic stage shows with audience participation
Based in Singapore & available to perform at events worldwide
Magic and Illusion, Close up Magician, Walkabout Entertainment, Magicians and Mind Readers

Danny is quickly establishing himself as one of Singapore’s fastest rising stars of magic. With nine years of training in the magical arts and having worked closely with some of the most prestigious magic production houses based in Asia, Danny not only commands a vast knowledge of magic and its disciplines, he also withholds most importantly, a treasure trove of real world working experience.

Till date, thousands of viewers from across more than 13 different countries have witnessed Danny’s high-octane and often electrifying performances. His acts have been featured across national TV, in international festivals, as well as popular media such as MTV Asia. Danny is also a consultant for issues related to magic for families and is regularly featured in prominent parenting magazines such as Today’s Parents, Mother and Baby, as well as Young Parents Magazine.

His list of clients reads like a Who’s Who from the corporate world, and he regularly performs for the royalty, celebrities and their families, as well as countless private parties. Currently the resident magician at Blujaz Café and Going Om, he enchants even the most jaded of corporate executives every week with his seemingly endless repertoire of magical delights.

In areas of magic, Danny is also a regular guest artiste at the annual S.A.M. (Singapore Association of Magicians) Theatre Specials, an annual gala featuring the nation’s top professional entertainers. His sheer amount of skill in human interactions, coupled with professionalism and know-how at work, truly make him the “go-to” person when it comes to effective entertainment.

Magic is powerful drama and the world its stage. When people really witness magic, they never forget it for the rest of their lives. Magic strips away logic, it confronts fears, and brings us to a place of constant wonder and enchantment.

A modern day Merlin, Danny smashes the “magician stereotype” by putting up his own cutting edge and original style of magical presentations.

With more than a thousand performances under his belt, Danny’s true strength lies in his experience and ability to connect with his audience at an extremely deep, emotional and personal level.

A true master of his craft, he cleverly shifts the limelight to his audience in every encounter by subtly orchestrating the impossible to happen in their very own hands.

If a picture paints a thousand words, Danny’s portrait of magic will leave you speechless.

" Danny is one of the truly great and inspiring performers of our time. He possesses an amazing level of energy and experience in mobilizing his tools and art to engage and inspire his audiences, both young and old, at a deep emotional level. It is one thing to hear of a good entertainer or something magical, but to see with your own eyes a true master in action is indeed a very special experience. "

" Perfect performance! Danny always tries to give us new ideas for our wedding and he is very flexible. He gave us a wonderful show! It made every guest remember our wedding! "