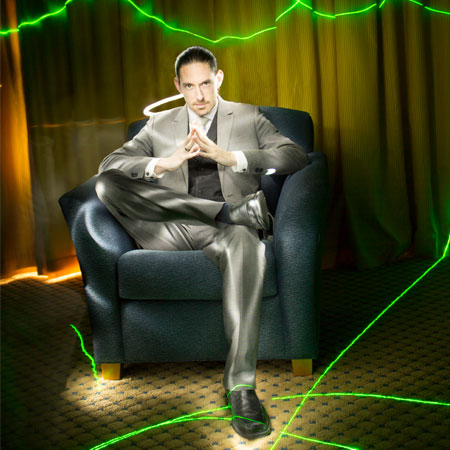 Ranked as one of the world’s top ten mentalists and with over 23 years of experience, Wayne’s performances offer that WOW-factor entertainment that you have been searching for. His shows are jaw-dropping and will have even the most sceptical of audiences questioning their sense of reality.

World-renowned, he has appeared on The Ellen Degeneres Show, The Glenn Beck Show, NBC’s hits TV show ‘Phenomenon’, TLC, The Discovery Network, and The Howard Stern Show. He has also recently performed at the Instyle Magazine party for top celebrities including Kim Kardashian and for actress Anna Faris at her charity event in the Hollywood hills.

In addition to his incredible stage shows, Wayne is also an astute motivational speaker and acknowledged as one of the top speakers in his field. He regularly tours the world sharing his presentations involving body language, human behaviour, and understanding the human mind.

" Not only does Wayne put on the most amazing live performance, but also his level of professionalism, reliability & expertise are unsurpassed by any other entertainer I have ever worked with. Wayne’s show is guaranteed to be like nothing you have ever seen as well as the highlight of your event which everyone will keep talking about. Wayne’s show took our convention to the next level and that is why we have now worked with him two years in a row. "

" Wayne was just GREAT! He was so nice to work with, the students are just going crazy today talking about the show. In the 10 years that I have been in this job, I have never had the students give a standing ovation before! It was incredible! "