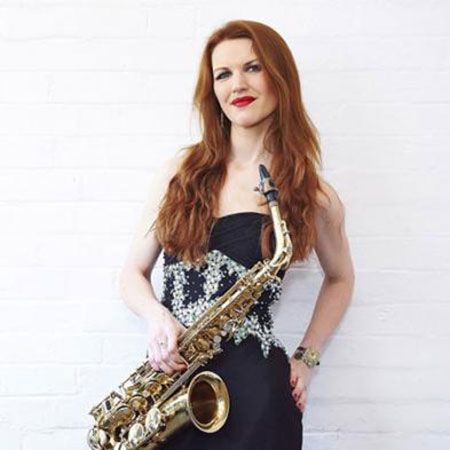 REASONS TO BOOK
Polished and unique female jazz, funk and soul saxophonist and flautist
Prominent artist on the London music scene and has performed at prestigious venues such as Houses of Parliament, Savoy Hotel
Can be booked to perform show stopping club entertainment with her state of the art LED saxophone
Popular at weddings, corporate events and privates parties
Based in London and available to perform at events worldwide
Live Music and DJ, Saxophonist and Flute

Female saxophonist and jazz flautist performing in London and internationally.

Chez has an addiction to jazz, funk and soul. Doubling sax with flute, and clarinet has led her to play such main stages as Lovebox (London), Newton's Nation (Australia), Alliance Francaise (Zambia) and many more. Her performances have been acclaimed by the likes of The British Arts Council, The BBC and Sony Music.

To deliver an extra spark, Saxophonist Chez can also be booked to play her bespoke LED saxophone, our LED musician will create a dazzling display of colour, light and movement paired with incredible club grooves to turn up the energy at your event.

Chez has been lucky to support some fantastic artists such as Nile Rogers, Jaz Dhami and Gareth Gates.  Off stage she has premiered works by Michael Nymann on BBC Radio 3 and jammed alongside Seasick Steve on Radio 2. Chez has also been interviewed and performed for other mainstream media platforms such as ITV, E4 and she can often be found beneath the stage, playing in the pit for various popular musicals in central London.

Polished, unique and dependable saxophonist Chez is quickly becoming a prominent female artist on the London jazz and pop scene.

To find out more about how to book this act for your event contact our team of Entertainment Specialists.