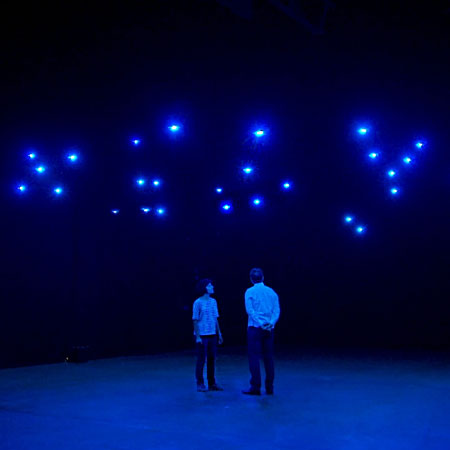 Verity Indoor Aerial Drones and the world-leaders in indoor drone show entertainment. They have developed to the technology and creative design to offer WOW factor entertainment for events all over the world.

From TEDx to breaking Guinness World Records with BT to touring shows with Metallica and Celine Dion, the indoor drone shows have been seen in over 20 countries and witnessed by audiences of thousands. Having worked with huge music icons and for unique live installations, this aerial drone provider is the go-to for grand-scale events.

If you're looking to bring the WOW factor to your event then look no further. All indoor drone choreographies are specifically tailored to each and every event with the intent of making each one unique in its own right. The choices are incredible and range from tailored flight patterns and colour schemes to displaying a logo in the air to dressing the drones in custom-made costumes so that they don't even look like drones anymore.

Book a unique indoor drone show for your event

Speak to our team at Scarlett Entertainment if you're looking to bring the WOW factor to your event or interested in an epic production where we combine these amazing indoor drone shows with some other entertainment options.