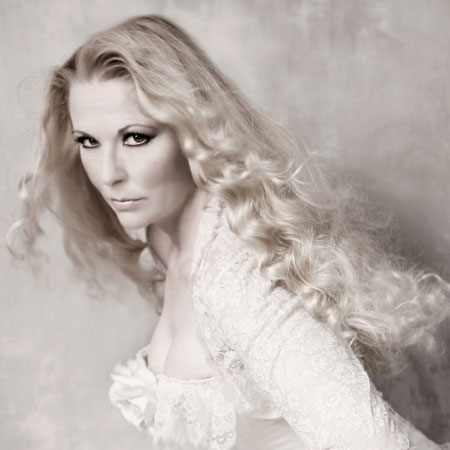 Originally from Denmark, Victoria developed a love of music and flair for performing at a young age and has gone on to become a world-class, classically trained soprano that has performed at prestigious events and venues around the world.

Victoria has received numerous accolades for her stunning vocal performances and commanding stage presence. She has had the pleasure of performing with orchestras such as The Mississauga Symphony, Brampton Symphony, and the Lake Union Civic Orchestra as well having appeared with other notable soloists from around the world. A featured soloist in a number of operas, operettas, oratorios and concerts, as well as on TV, radio and recordings, Victoria has a wealth of performance experience and knows how to captivate audiences. She has been known to usher in a wealth of new fans to classical and opera music and often brings tears to eyes, through her convincing interpretations and overwhelming outpouring of emotions that she conveys through her singing.

Her crystalline, soaring vocals and heartfelt, passionate performances will evoke romance, comedy and drama that will entertain and inspire guests at corporate events, private parties, concerts, galas and more. Her extensive repertoire features a range of powerful and inspirational songs from genres including opera, classical, pop-opera crossover, musicals and jazz that will delight and create a truly moving and unforgettable experience for audiences of all ages at a range of events.