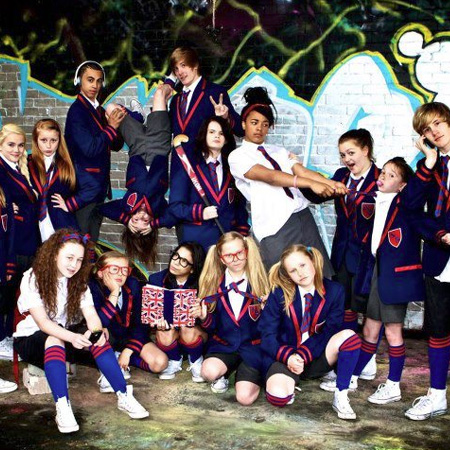 Nu Sxool were the star street dance act of Britain’s Got Talent 2012, aged 10-17. They have won many street dance titles including Welsh, British and World Championships and were the only dance act to make it through to the live Britain's Got Talent final this year, which is a big accolade, considering how many dance acts tried out and took part in the semi finals.

The school aged crew wowed the judges and the audience with their inventive choreography, their impressive timing and their energy filled routines. David Walliams and Amanda Holden told the youngsters that they were the best dance acts of the series.  The panel loved them too and raved about their performance, even giving them a standing ovation when they were finished.

" I am afraid that you are going to explode, but I am going to say it anyway, this was by far your best audition in the competition. I think you are my favourite contestants ever too…..I really like you guys. "

" You guys are my favourite act of the night so far. I want to be at your school! You are all of you terrific dancers and your personalities make us really enjoy it. What you can do is incredible !! "

" You explode on the stage, I absolutely Love you….you should be resident dancers on TV programmes like the X Factor. "

" Nu Sxool Smashed it tonight best act of the night!! "

" Pick up the phones and vote for Nu sxool "

" You guys attacked that hard from the very start. You are the last street dance act standing….big up to your choreographer…..I love your costume…I love the Choreography. "