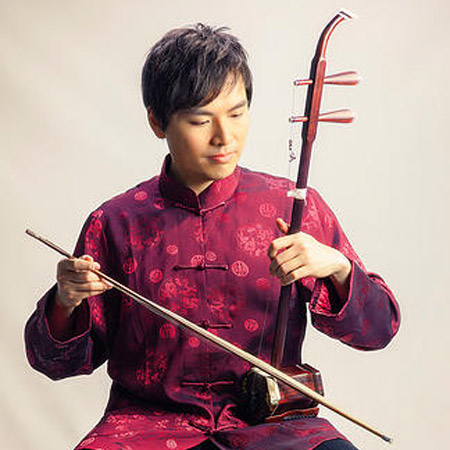 Scarlett Entertainment's highly talented Taiwanese musician is a master of the viola, violin and traditional Chinese erhu. Having moved to New York to study at the Idyllwild Arts Academy, our erhu player quickly flourished and went on to achieve bachelor's and master's degrees from the prestigious Julliard school. With a number of awards to his name including Taiwan National Viola Champion and Best Original Score at NYU Tisch Film Festival, our extremely successful string musician has also gone on to found and direct the New Asia Chamber Music Society.

Whether you are looking for an authentic Chinese music performance, a classical viola set or a more contemporary violin show, our versatile instrumental phenomenon will provide the perfect soundtrack to your special occasion.

With a long list of high profile past clients including Bill Clinton and the former president of Taiwan, Ten-Hui Lee, as well as having performed in grand venues like the Carnegie Hall and Metropolitan Museum, Scarlett Entertainment's Erhu Player New York is sure to create a magical atmosphere at your event. Whether you are planning a festival, concert, wedding, cultural event or corporate function, the stirring sounds created by this genius Taiwanese musician will blow your guests away. Speak to our expert team at Scarlett Entertainment USA today to find out more about hiring a string artist for your event.

Top Tip!
Also a part of a popular string quartet, you can hire our erhu performer alongside other musicians or even a traditional Chinese singer to bring further excitement to your big day.

" The great Molto adagio.....elicited some of the night's most sensitive work, especially from [Erhu Player New York] on violaThe Strad "