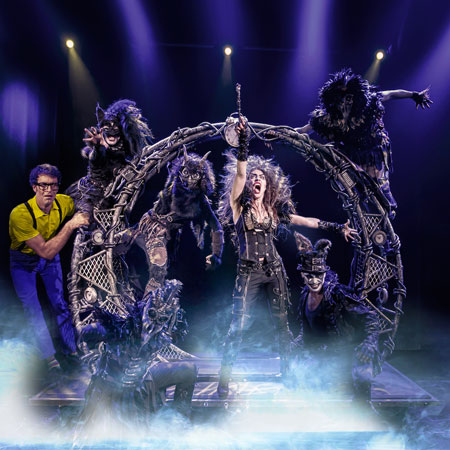 REASONS TO BOOK
Mind-blowing, award-winning magic illusions shows with performance theatre, stunning costumes and amazing soundtracks
International TV appearances on the likes of Britain’s got Talent, The Amazing Magician and Masters of Magic with over 100 million views
High-end modern illusion shows will shock and amaze audiences of all ages
Clients include Euro disney, Heineken, Mc Donald’s, Philips, Sportissimo, Mercedes-Benz, Hans Ubbink Fashion Show and many others
Based in the Netherlands and available for events, festivals, galas and corporate functions all over the world
Illusionist, Magic Stage Show, Magic and Illusion, Magic and Illusion Show, Unique Shows, Cabaret and Stage Shows, TV Show Talent Acts, Talent and TV Show Personalities

These utterly incredible Fantasy Illusion Shows are a fusion between performance theatre, magic, illusion as well as stunning decor and costumes with an amazing soundtrack. With each of their performances, they plunge the audience into a dream-like fantasy world that has all the spectators on the edge of their seats eagerly anticipating what will happen as the story unfolds. The action-packed modern illusion shows are just like watching a fantasy film in real life.

If you are looking for a mind-blowing magic stage show with high-end illusions guaranteed to leave a long lasting impression on your guests, then these theatrical modern illusion performances are just what you need. Their experience ranges from corporate events to TV shows, festivals, circuses and theme parks.

These innovative award-winning Fantasy Illusion Shows really are one of kind and have received critical acclaim from audiences all over the world. From a standing ovation on Britain's Got Talent to working with high-profile clients such as Euro Disney, Hans Ubbink Fashion Show, Heineken, Mercedes, Renault and Sportissimo, the creative team can tailor a magic stage show to take the audience into another world.

Having performed in more than 30 countries, our Fantasy Illusion Shows can now boast an impressive 17 awards and competition wins from worldwide locations. These include World Champion Of Magic from the FISM official World Championships in the UK to the award for Best Creativity and Originality from the Chimelong International Circus Festival in China. They have had multiple appearances on international TV shows with over 100 million views.

Contact us at Scarlett Entertainment to book the Fantasy Illusion Shows for your event.

" It’s absolutely astonishing!! This is truly the most amazing show I’ve ever experienced. The Japanese audiences screamed because they could not believe what just happened on the stage! We hope to see you here in Tokyo again!! "

" The best 15-minutes-illusion-act I saw. Ever. It is a real nightmare: great brand-new illusions, convincing characters in most impressive costumes, a perfect mixture of horror and comedy. 15 minutes during which you have nearly no time to breathe. If you have not yet seen the show: you have missed something very important in the history of magic. "

Professor Eberhard Riese, Research Director and President of the magic circle of Germany