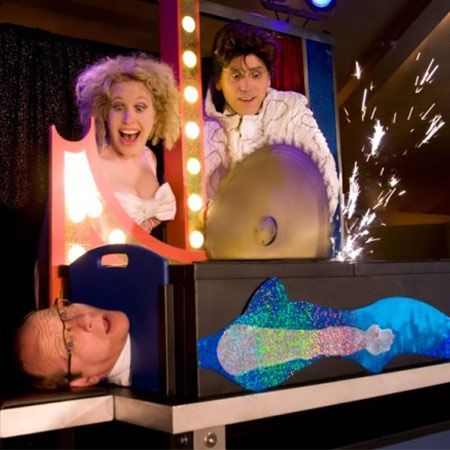 They have received numerous awards in the last 15 years and are the first comedy duo to have won the World Championships of Magic in Lisbon, 2000. Their very first award was in Portugal at the Grand Prix of Magic and from the many contestants around the world, won the coveted World Champions of Magic honors. Today, the duo are respected magicians and illusionists who have played for numerous events and venues in over 20 countries worldwide. They have performed for Cirque du Soleil, Just for Laughs Festival, the International Circus Festival, Holland's Got Talent, Le Grand Cabaret du Monde, Legoland, and Huis Ten Bosch to name a few.

Comedy Illusionists France provide shows that are as exciting as they are mesmerising as they perform feats of magic and illusion with a unique comedic twist.

Accomplished magicians and performers, the duo seek to expand their reach and perform for as many audiences as possible. Their hilarious performances always ensure the crowd is left wanting more. They are the perfect entertainment for corporate events, festivals, circus and theatre shows and much more.