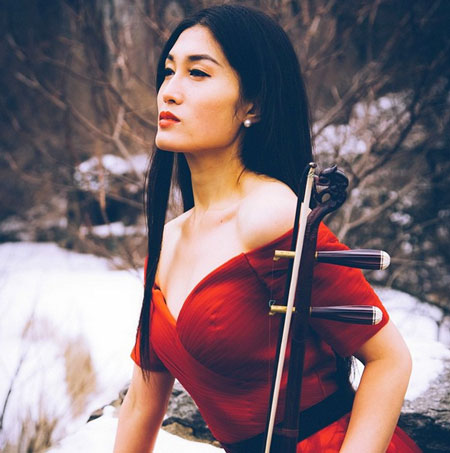 Reasons To Book
A female Erhu player and award winning musician whose talents in Erhu and performance are revolutionising global music
Awarded the honour of Outstanding Graduate Student of all of Laioning province’s colleges
Finalist for The Voice of China TV singing competition
Previous clients include Lincoln Center for the Performing Arts, the Barclays Center, United Nations, New York Fashion Week
Based in New York and available for worldwide bookings
Live Music and DJ, Chill Out Music, Specialist Musicians, String Quartets,String Trios and Solo Strings, Themed Entertainment, Oriental and Chinese