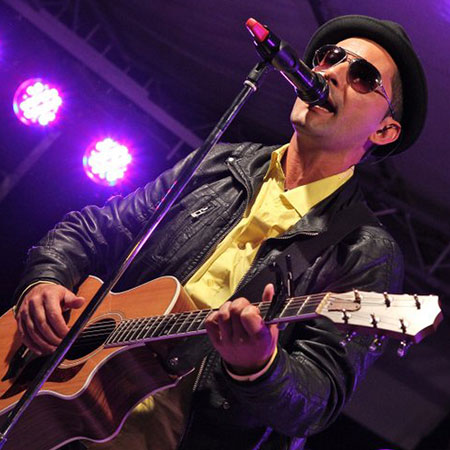 REASONS TO BOOK
Sensational Bruno Mars impersonator and his live band pay tribute to the famous R&B and funk sueprstar
Repertoire includes some of the American artist most famous hits such as ‘Uptown Funk’ or ‘Lazy Song’
Strongly influenced by his music and style, lead singer and musicians perfectly capture Bruno’s essence
Ideal live music entertainment option for festivals, private parties, weddings, ceremonies, etc.
This Bruno Mars Tribute Show is available for bookings in Germany and all over the world
Other Tributes, Tribute, Lookalikes and Impersonators

Amaze audiences at your upcoming party or special occasion with this Bruno Mars Tribute Show, a live concert performed by a phenomenal Bruno Mars impersonator and a sensational live tribute band.

This group of musicians is passionate about R&B and funk music in general and Bruno Mars music in particular. All this Bruno Mars tribute band’s members feel truly identified with the Hawaiian musician’s style and energy. Strongly influenced by his dynamism on stage and his modern style, these musicians perfectly capture Bruno’s essence, which guarantees their show to be an unforgettable musical experience.

The six-piece live tribute band is led by a talented Bruno Mars impersonator who has carefully studied the American singer and songwriter’s mannerisms and voice tone. The lead singer has the voice and has the attitude, two ingredients that help

Among this live tribute band’s repertoire we can find some of Bruno Mars’ most famous songs such as the captivating ‘Just The Way You Are’, the romantic ‘When I Was Your Man’ or the catchy ‘Lazy Song’. Our musicians can adapt their set list to suit your event’s requirements. For instance, ‘Marry You’ is a very popular wedding song, and the well-known ‘Uptown Funk’ is one of the most covered and requested songs of all time.

Our Bruno Mars tribute band is the only live tribute band in Germany. Our Bruno Mars impersonator and his musicians regularly perform at festivals and private parties, but they’re also an ideal live music entertainment option for ceremonies, galas, weddings and many other special occasions.

Scarlett Entertainment offers a wide variety of Tribute Acts for hire for events in Germany and all around the world.

To book this sensational Bruno Mars Tribute Show, don’t hesitate to contact us today and make an enquiry. Our in-house team of Entertainment Experts will be more than happy to provide further details on tribute bands for hire and this Bruno Mars tribute band in particular and assist you in the booking process.