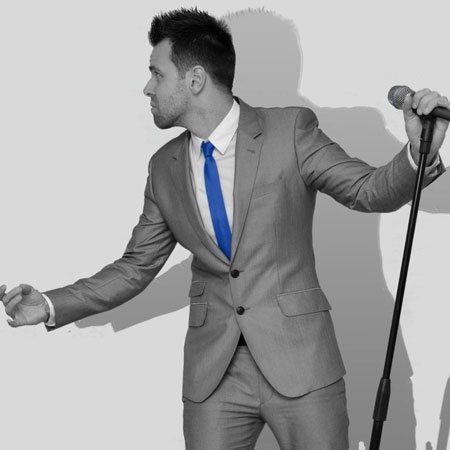 REASONS TO BOOK
Popular Michael Buble and Swing tribute show
Also available as a swing & pop show
Peet has performed internationally across Spain, UK & the UAE
Ideal for Wedding drinks receptions and private parties in Spain
Based in the UK & Marbella, Spain and available to perform Worldwide
Michael Buble, Tribute, Lookalikes and Impersonators

This renowned tribute act has fast become one of the most accurate Michael Buble tributes available today.  His vocal style and on-stage charisma superseed what you would expect from a top tribute to the most celebrated crooner of our time.

Regularly performing throughout Europe and the UAE, he is set to grace stages in South Africa, Australia and Croatia in 2012 with his Bigband and Solo shows which incorporate all of Bubles songs both old and new including hits such as, Me and Mrs Jones, Home, Haven't Met You Yet, Cry Me A River, and his latest hit, Hollywood plus many more.

This incredible vocalist has also performed for a host of celebrities including Premier League Footballers, Soap Stars and the cast of hit ITV 2 show TOWIE (The Only Way Is Essex), singing onstage with main cast member James Argent.

A must have for all occasions, this tribute show is perfect for Corporate events, Weddings and Theatre Events through to Birthdays and Private celebrations and also can include a full repetoire of Michael Buble Christmas.

Also available as a swing and pop show including songs from Jamie Cullum, Dean Martin, Nat King Cole, Harry Connick jr and modern artist such as Robbie Williams Take That and The Script.