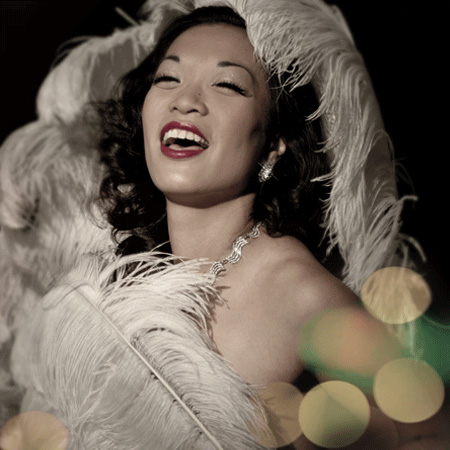 This International Burlesque Performer is a classy entertainer born and raised in Canada with origins from Hong Kong. A performer trained in classical dance with over 15 years of experience in theatre and creative movement, this one of a kind show stopper has mastered the art of total entertainment, with her suave style, glamorous costumes, and entertaining storylines.

Presenting the finest traditional burlesque theatre with a cinematic twist, this Burlesque Performer creates memorable shows inspired by popular film characters. Owing much of her work to the great legends themselves, she has a selection of blockbuster tribute acts dedicated to the likes of Josephine Baker, Charlie Chaplin, Kiki de Montparnasse and Anna May Wong.

She has regularly performed in many well-known stages in London including Bush Hall, Café de Paris, and Leicester Square Theatre, as well as in prestigious private members clubs such as The Brompton Club, Crazy Bear, and Home House. Her talent has regularly taken her across the Atlantic as she entertains fans and supporters alike in cities such as New York, Los Angeles, San Francisco, Montreal, and back to her hometown, Toronto.