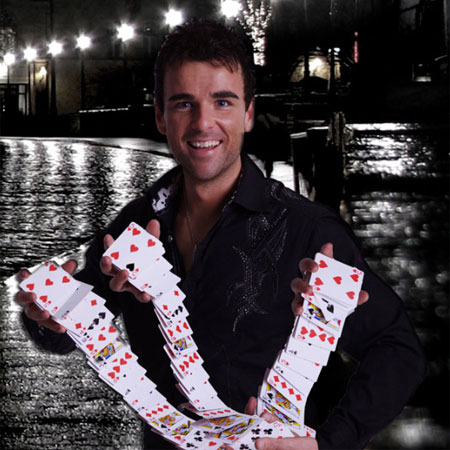 REASONS TO BOOK
One of the most stunning magic & illusion shows in the world
WOW audiences with impossible illusions & mind-blowing magic
Most live performances of ‘Houdini Chinese Water Torture Cell’
Has performed for Royalty, celebrities & international brands
Based in Melbourne & available for events world-wide
Illusionist, Magic Stage Show, Magic and Illusion

This act has been bringing audiences to their feet with his unique blend of comedy, magic and illusion right across the globe. His highly sought after acts feature many never before seen exclusive mind blowing magic, original effects, some classics, Las Vegas style show girls, some of the most stunning and impossible grand illusion and audience interaction, all put into one of the most enjoyable entertainment experiences.

He has become a household name in many countries and has performed for Royalty, international celebrities, and many Fortune 500 companies, along with some of the worlds largest and most recognised brands and corporations. He holds the world-record for the most live performances of the infamous "Houdini Chinese Water Torture Cell”, even beating Houdini himself!

Bring the WOW factor to your event, small or large, as this act performs close up effects in the crowd as well as massive international casino sized productions.