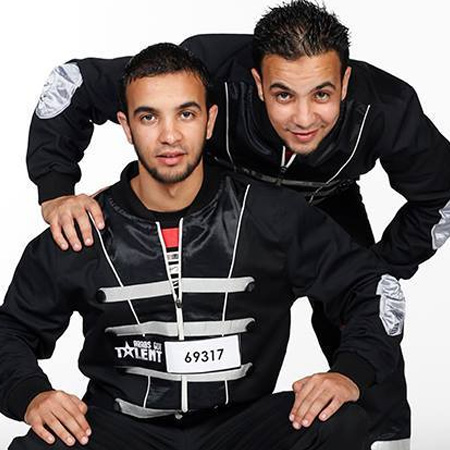 Twice the excitement, twice the fun - this is what Dance Twin Duo promises to deliver with their fresh routines and unique dance moves. The Moroccan contemporary dance duo burst on to the scene in 2013 when they reached the Semi Finals of hit TV show Arab's Got Talent.  Since then they performed throughout France, Spain, Netherlands, Belgium, Monaco, Italy, UAE, and Lebanon.

Their style, an energetic variety of hip hop, break-dance, power moves, footwork, and freestyle has captured the imagination of dance-lovers, awarding them instant celebrity status in their country and abroad.