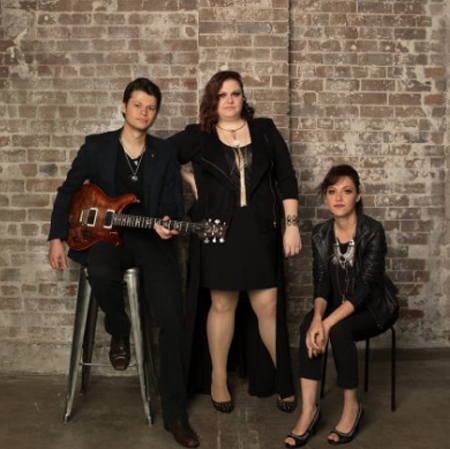 REASONS TO BOOK
X factor finalists and award-winning siblings will wow guests with their amazing tributes to legendary artists
Have three incredible and highly-praised pre-packaged tribute shows to choose from
Includes legendary family groups from throughout the decades, classic rockers and Celine Dion
Superb legends tribute shows fit for auditoriums all over the world
Based in Sydney and available to perform at events worldwide
Other Tributes, Talent and TV Show Personalities, TV Show Talent Acts, Tribute, Lookalikes and Impersonators

Our Family Legends Show Sydney is formed by three talented singing siblings. As a group, they have reached the finals of the X Factor, won multiple awards and have toured as an opening act with several international acts, including Barry Gibb of the Bee Gees. They deliver live music as a family tribute show and have three popular show options which are available all over the world.

This is the ultimate family tribute show paying homage to sibling music groups from throughout the ages. It includes music of the Doobie Brothers, The Corrs, Bee Gees, Righteous Brothers, Beach Boys, Carpenters, Pointer Sisters, Andrew Sisters and many more. The popular tribute show is complemented by large visuals, venue permitting.

This rock legends tribute show features the music of the greatest rock artists of the 1970s 80’s and 90s. This includes Queen, The Eagles, Fleetwood Mac, Bruce Springsteen, Kiss, Blondie and many more. The performance can also be accompanied by visuals.

The Music of Celine Dion

This entire show is dedicated to the iconic Canadian singer Celine Dion. The show also features a replica of the on-screen duet by Celine Dion and Frank Sinatra, which Celine won a Grammy Award for and it highlights all of the artists greatest work.

Our Sydney-based Family Legends Shows have received rave reviews, appraisals by celebrities and said to be perfect for Las Vegas, which indicates a particular standard that many desire.

If you would like to book any of the legends tribute shows from this excellent brother and sister cover band, don't hesitate to get in touch with our team at Scarlett Entertainment.