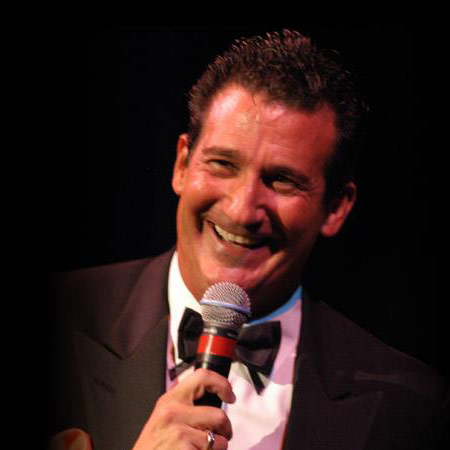 REASONS TO BOOK
A premier entertainer with a genuine passion to celebrate Sinatra’s life
"He is the closest thing to Frank Sinatra we have ever heard"
Chooses the most appropriate songs to represent Sinatra’s amazing career
Performed to Frank Sinatra himself as well as Tony Curtis and Steve Allen
Based in Las Vegas and available to perform at events worldwide
Live Music and DJ, Tribute, Lookalikes and Impersonators, Rat Pack, Jazz,Swing,Blues and Jive

Frank Sinatra Tribute Rick, is one of Las Vegas’ premier singers, a man of whom the show business bible Variety said: “He is the closest thing to Frank Sinatra we have ever heard.”

Rick has been a master Sinatra impressionist for over thirty years, sharing the stage with many successful celebrities such as Rich Little, Mickey Rooney, John Byner and Sherman Hemsley. Some of the esteemed guests who have enjoyed Michel's impersonations include Frank Sinatra himself, President Gerald Ford, Tony Curtis and Steve Allen.

Audiences recognise many of the song selections in the show as Rick tries to touch upon all aspects of Sinatra's life by choosing the variety of music that best represents his career and mood of a particular event. Producing over 6 Variety shows, including the best Frank Sinatra impressionist in the industry, Rick pays homage to Sinatra’s music and shares the stage with the original members of his band.

Rick’s shows reflect upon key points in the Sintra’s life, and the songs that defined those times for him. Rick conveys the richness of Frank’s life by performing the signature songs of the times, which were written by some of the finest composers and lyricists of the 20th Century. Woven together by a poignant narrative, the performance paints a portrait of Frank that provides audiences an intimate glimpse of the life he lived his way.

" Thanks so much for an outstanding performance and show. We couldn't be more pleased. We have received nothing but positive feedback front our guests and several have mentioned that they would like to see the show again.We really appreciate it. Everyone had a great time. We look forward to working with you in the future. "

" He is the closest thing to Frank Sinatra we have ever heard. "

" They were quick on their feet for a standing ovation, a true testament to your talents and the success of the show. "