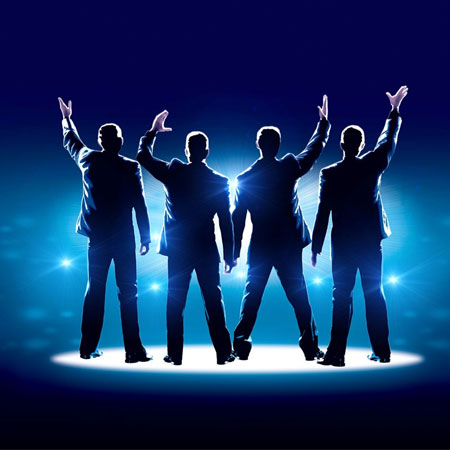 REASONS TO BOOK
The only Four Seasons tribute at to come straight from the West End
Features two cast members from the original Jersey Boys
Highly experienced performers put on a fantastic show!
Set lists inc. “Sherry”, “Grease Is The Word” & “Bye Bye Baby”
Based in London & available to perform at events worldwide
Other Tributes, Tribute, Lookalikes and Impersonators

Celebrating all the best music from Frank Valli, The Four Seasons and The Jersey Boys, this incredible tribute put on an incredibly authentic live show that is guaranteed to have audiences dancing all night long.

This act is made up of four highly experienced professional performers who happen to be some of the West End’s best talents – between them they have starred in over 30 West End shows and two of them were members of the original cast of Jersey Boys! Performing all the best music hits including “Sherry”, “Grease Is The Word”, “Working My Way Back To You Babe”, “Bye Bye Baby” and “Silence Is Golden” they have entertained audiences around the world on Royal Caribbean Cruises and at prestigious venues such as The Langstone Cliff Hotel.

Extremely versatile and talented, the group are able to offer bespoke entertainment for all kinds of events from weddings and birthdays to holiday parks and charity galas! The UK’s premiere tribute to three amazing acts they will blow your guests away!

" …were fabulous on Saturday! Probably the best we’ve ever had. Please call me to rebook asap! "

" [they] performed for the first time just last night! They were fantastic!!! Guests have been talking about them all day! Fill in any TBA's of mine if they are available! They were also a delight to work with! "