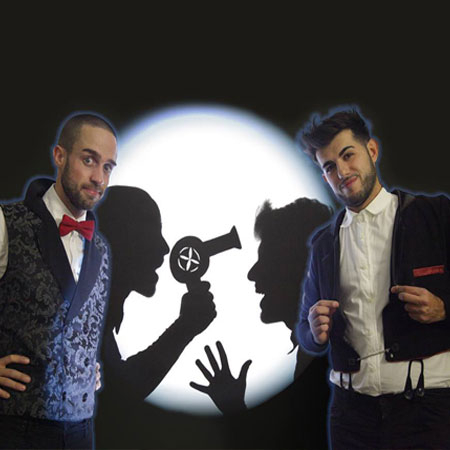 Transporting audiences on a fun, unique and ancient journey full of humour and emotion, Hand Shadow Act is a highly sought after performance, which is suitable for all ages.

The artists show the classical shadow repertoire with animals and famous people, including prominent characters from television and politics from the past and present. These characters include Harry Potter, Batman, Freddy Mercury Frank Sinatra, Michael Bublé, Fidel Castro, Barack Obama and many more!

The talented performers are able to faithfully reproduce almost any silhouette face in shadow using only their hands and a light. It's also possible to customise the show according to the event.

Perfect for gala dinners, anniversaries, private parties and many other situations. The show can be presented as a stage show as well as an interactive close-up act using a handheld canvas, which can also be customised to include corporate branding.