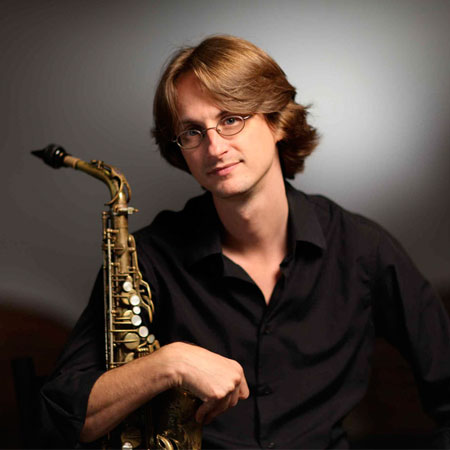 REASONS TO BOOK
A talented, dynamic and extremely diverse saxophonist
Is recognised as one of New York’s top alto saxophonists
Performed alongside jazz greats including Charlie Persip & George Garzone
A favourite among live musicians, he adds excitement & energy to any event
Based in New York & available to perform at event worldwide
Live Music and DJ, Jazz,Swing,Blues and Jive, Saxophonist and Flute

Based in New York, Jazz Saxophonist Benjamin has been one of the city’s top alto saxophonists for nearly a decade.

Having worked as a freelance musician in America for an impressive 25 years, Benjamin has performed alongside jazz greats including Charlie Persip, George Garzone, Santi DeBriano and many more.

Despite jazz being Benjamin's forte for many years, he is a big music lover and performer of many types of music including Funk, R&B and Salsa. He performs regularly on the New York scene with his own quartet, playing original and standard compositions and has also performed as a leader in New York’s most acclaimed jazz clubs.

Talented, dynamic and extremely talented, Benjamin can perform as a solo saxophonist and also collaborates with many other musicians, performing with Live Jazz Bands, Jazz Pop Groups and solo singers.

" Saxophonist Benjamin absolutely lights up with a solo that unfolds in diaphanous swirls, and is a seemingly unstoppable flow of ideas belying sheer genius. "

" New York Saxophonist Benjamin doesn't waste any time letting a listener know what his musical intent is all about. From the opening moments of Inner Flights, the fiery alto and soprano saxophonist swings unrepentantly with blistering lines and a bold Jackie McLean-inspired sounds. "

" Benjamin distinguishes himself as a potent alto saxophonist and accomplished composer on his debut as a leader and wails with soulful authority. "