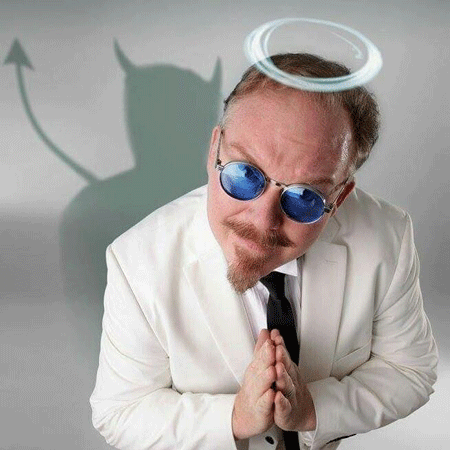 REASONS TO BOOK
A mad scientist magician whose unique comedy and magic has gained him reputation as a world class visual artist
One of the highest watched magicians on YouTube with millions of hits
A Las Vegas illusionist who has performed a show for 50,000 people in Milan as well as appearing on TV to an audience of millions
Appeared on America’s Got Talent with fellow magicians in a popular trio that is now touring the world
Based in Las Vegas and available for worldwide bookings
Magic Stage Show, Illusionist, Magic and Illusion

A mad scientist magician who has performed in over 89 countries as well as performing to A lister celebrities as well as Barack Obama! This Las Vegas illusionist creates unique shows that feature exciting characters and performances that leave audiences of all ages in awe.  A magic show with a difference, watch as our mad scientist cuts his patient in half only for the body of the severed patient to move on it’s own!

One of the highest watched magicians on YouTube our mad scientist has had millions of hits as well as performing at some truly amazing events such as a show in Milan for 50,000 people and a live TV appearance in Indonesia that was viewed by millions of people. Not only that but our Las Vegas magician even appeared on America’s Got Talent alongside two fellow magician’s and went down a storm. Now touring all over the world this magic stage show is a massive hit with all audiences.

A magician who holds a US patent for a living arm illusion that has been marketed as a toy to the public several times. Taking illusion to new heights this mad scientist magician captivated audiences with his thrilling shows and incredible talents for illusion and performance.

A prolific magical inventor and consultant our magician has produced an original show as well as creating many illusions and sketches that have been performed in the shows of famous actors and magicians such as Nicolas Cage, David Copperfield, Mark Wilson, Penn & Teller and Criss Angel.

With a stellar reputation and engaging illusion show this magician is certainly a force to be reckoned with!

To book our mad scientist magician or for more information, contact our Entertainment Specialists.