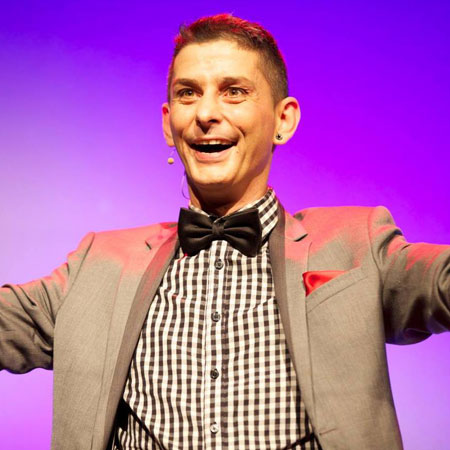 REASONS TO BOOK
Accomplished magician who performs a series of WOW factor tricks
Experience unbelievable magic peppered with fantastic wit!
Challenges audience’s perceptions prompting them to ask, How? & Why?
His shows been a huge success in Germany with multiple sell out tours
Based in Dusseldorf and available to perform at events worldwide
Magic Stage Show, Comedy Magician, Magic and Illusion

Internationally renowned Magician Charlie is a highly accomplished performer who demonstrates a series of magic tricks intertwined with great comedy and wit.

Appealing to a wide age range, he can perform a variety of close up card and magic tricks as well as full production and highly impressive stage shows and illusions.

Challenging the audience’s perceptions, he performs a variety of magic acts that will seriously shock; surprise and most importantly entertain huge groups of people, prompting them to ask, “How? Why? Where?”

Offering everything from interactive close up magic performances through to dazzling stage productions and variety shows, Charlie has proved to be a huge success in Germany with multiple sell out tours. Working either as a solo act or alongside other magicians, entertainers and circus performers, he guarantees to put on a show unlike any other!